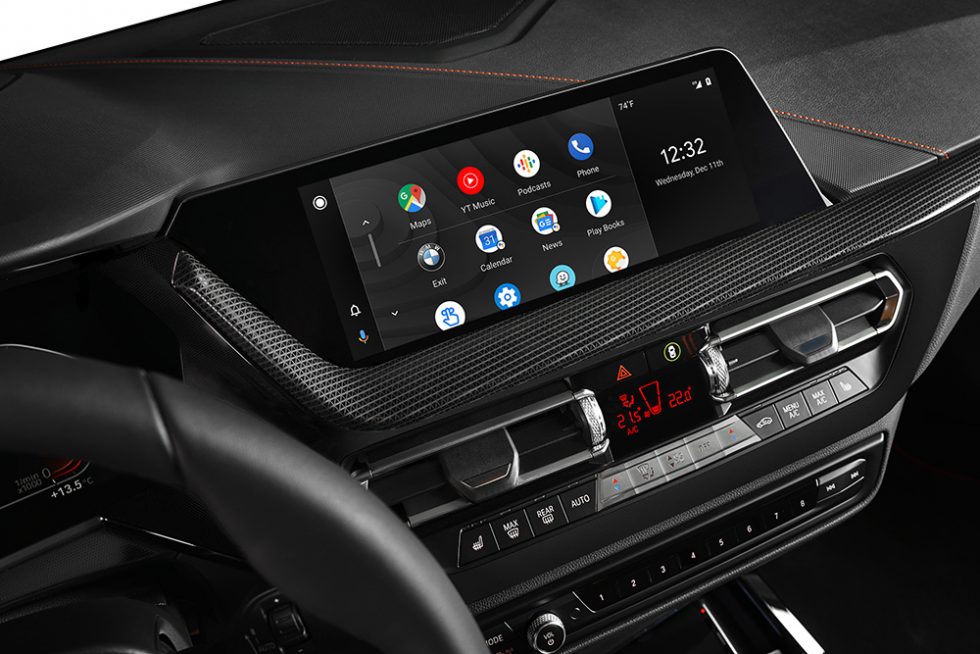 BMW and Android Auto about to be a thing.

BMW woke up this morning and noticed that another operating system is pretty popular and that it has a car service some of the BMW ownership clique might want to use. BMW acknowledged that Android Auto is a thing and will begin supporting it in 2020.

After supporting Apple’s Carplay for years while simultaneously shunning anything related to Android, BMW announced this morning that they will extend the “reach of seamless connectivity” in vehicles and that support will mean wireless Android Auto too. All vehicles from July 2020 with BMW Operating System 7.0 will get Google’s car software.

BMW is directly integrating Android Auto to give their drivers a view of “all important information not just on the central Control Display, but also in intelligently adapted form in the instrument cluster’s Info Display as well as in the Head-up Display.” Jesus, that’s a lot of displays to keep track of.

Google Assistant will be there, as will shortcuts to the apps you use while driving, all within a touch-friendly environment that’s safer to use while you drive. On the wireless front, which means using Android Auto without having to plug your phone into your car, you will need a supported phone.

How fun and exciting. BMW will join a grand list of car manufacturers, including Toyota after holding out for years, that are now cool with Android Auto.

BMW will first show off Android Auto in one of their cars at CES in a month. Hah.