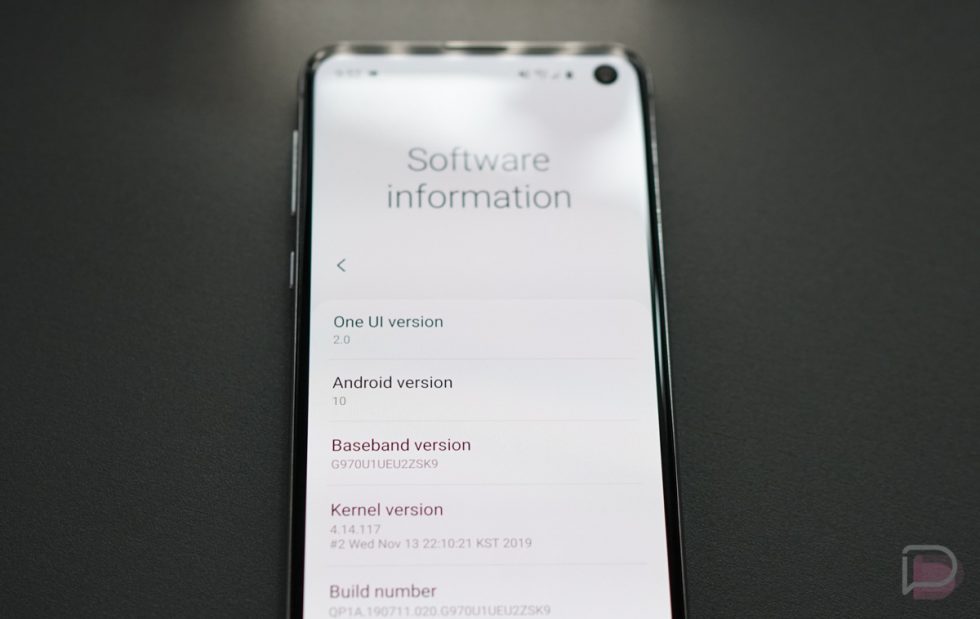 Samsung continues to update Galaxy S10 phones that have signed-up to be a part of their Android 10 beta program, which includes One UI 2. After issuing a 3rd update last week, we are now getting a 4th update that addresses a number of bugs in the US.

The new build ends is ZSK9, but the full build number will differ depending on your phone and country. For example, my Galaxy S10e received G970U1UEU2ZSK9.

If you are a part of the beta and own a Galaxy S10 variant, head in to Settings>Software update to grab it.