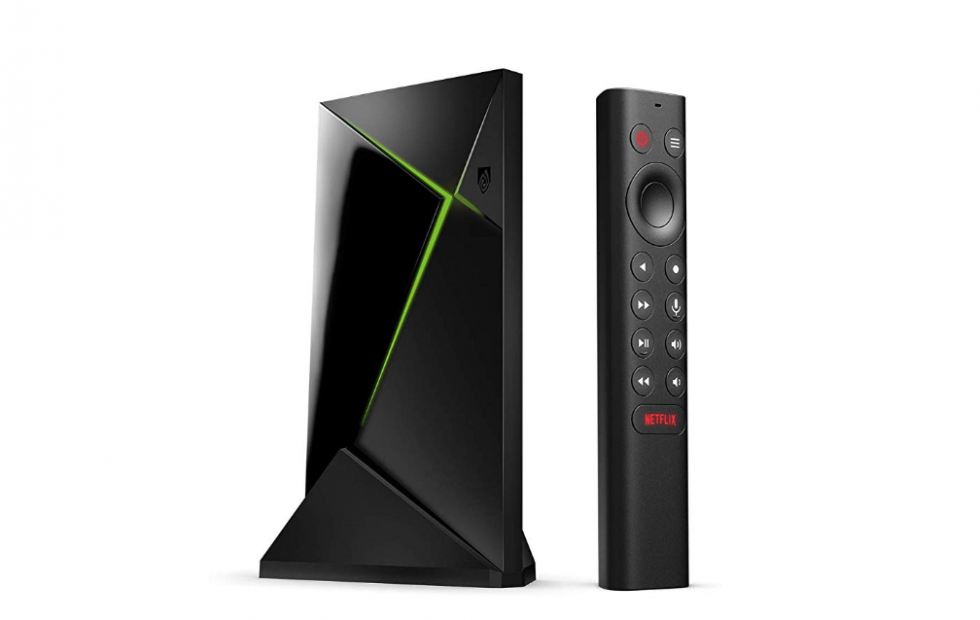 The device will cost $199.99 if you’d like to pre-order it right now. Delivery is currently showing as October 28.

The new remote, which doesn’t really look like any of NVIDIA’s old remotes (is that a triangular shape?), has a new menu button, play/pause/fwd/rwd buttons, a voice button for voice controls over Alexa or Google Assistant, volume controls, and a dedicated Netflix button. It runs on 2-AAA batteries, has a lost-remote locator, motion-activated backlit buttons, and connects via Bluetooth.

The listing describes it as an “all-new design,” though it looks like the 2017 remake of the 2015 original. Or am I missing something here? Maybe the promo materials are simply talking about the new remote, which is indeed a new design.

There’s a controller mentioned, just not listed or shown anywhere. I’m guessing we’ll find out shortly if it’s design has changed at all. Oh yeah, Android TV once again powers the UI and experience. 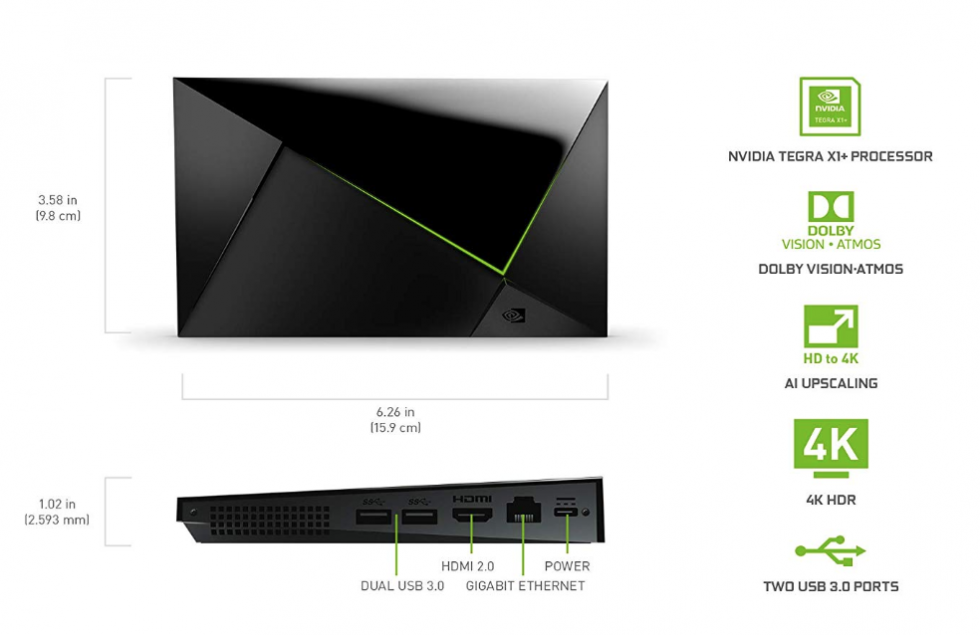 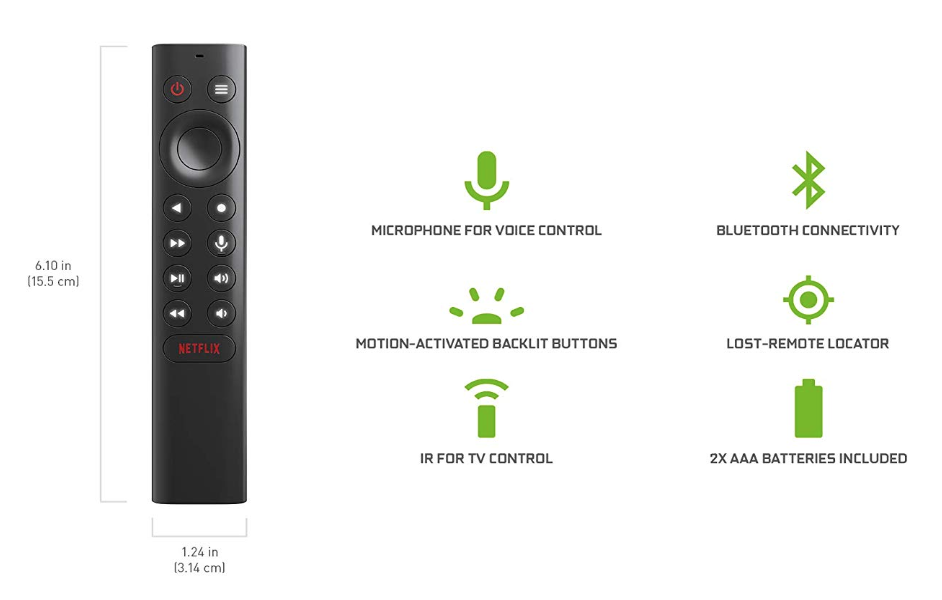 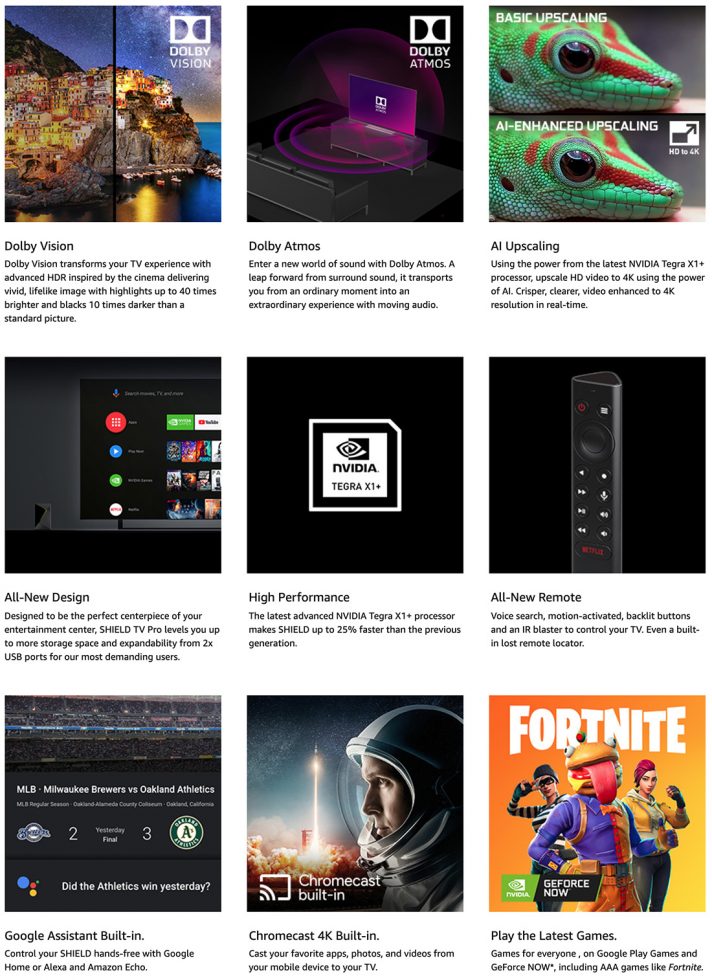