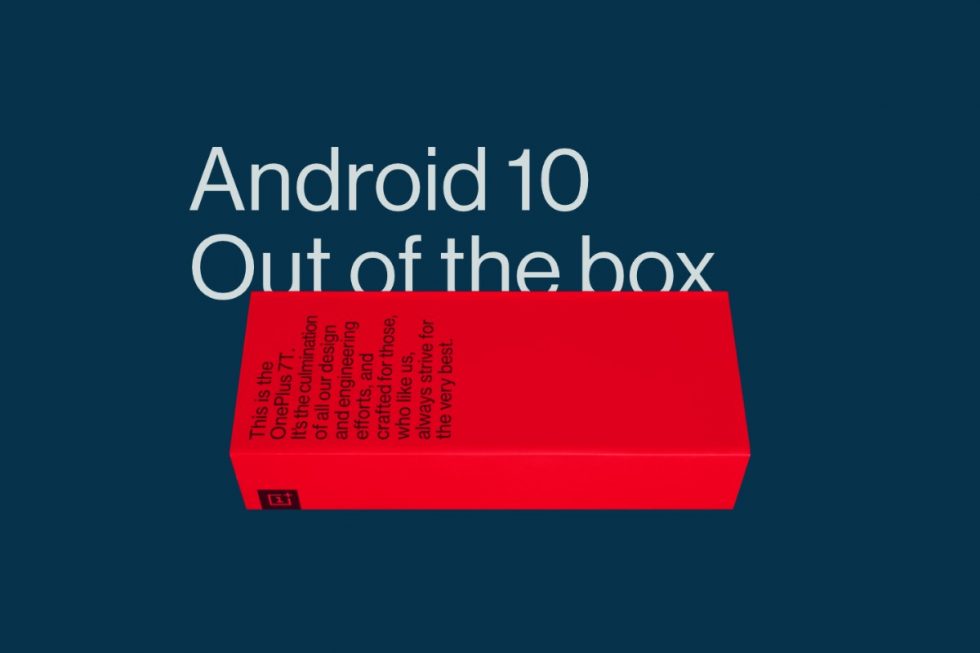 Android 10 has been publicly available since September 3, but because Google likes to have things very separate, we’re still waiting on the Pixel 4 lineup to release running Android 10. Because of that wait, it appears that OnePlus will swoop in and take the title of having the first phone with Android 10 out of the box.

Announced via a tweet sent out this morning, the upcoming OnePlus 7T will have Android 10 preloaded. This aligns with the fact that OnePlus just pushed Android 10 out to the OnePlus 7 and OnePlus 7 Pro.

OnePlus’ event that will have the OnePlus 7T unveiled takes place on September 26.