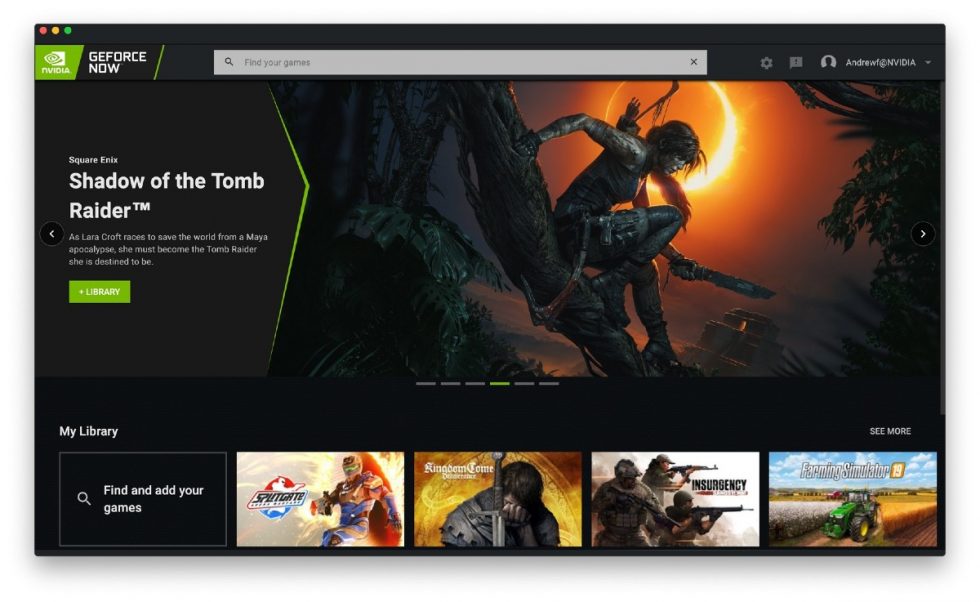 Update: NVIDIA came across a bug and is delaying release of the new client.

During today’s GeForce NOW app update rollout, we discovered a bug that would have a negative impact on our user’s gaming experience. We’re currently working on the issue but estimate it will take a couple days to fix and test.

GFN members can continue using the service on the current version of the PC/Mac client without interruption.

NVIDIA announced an update for the GeForce NOW desktop client (Windows and Mac) this morning, one that offers a redone user interface.

According to NVIDIA, the UI puts emphasis on search and customization. As the number of supported games on the platform has risen to more than 500, it’s apparently become difficult to find already owned games in the growing list of new releases. That changes with this update.

The new UI is built for simplicity and customization. We’ll continue to spotlight featured games, but the supported library is now primarily discoverable via the search bar. Find your game, click +LIBRARY to add it, then start playing. Your library of games will be easier to manage and it’ll follow you across the devices you play GFN on.

This update is available starting this morning for all Mac and Windows users. Happy gaming!