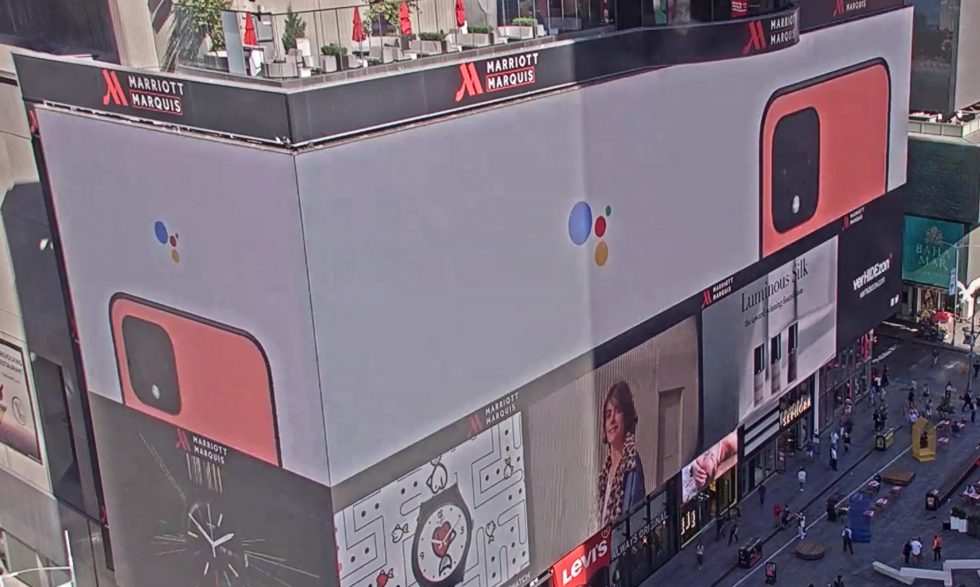 Little is unknown about Google’s upcoming Pixel 4 and Pixel 4 XL, but after announcing an event date for each phone’s reveal, Google posted an ad in Times Square that confirms the most unique of the Pixel 4 colorways. As you can see in the various pictures here, Google is running an ad that shows off that “Coral” or orange color that will accompany white and black models.

We aren’t learning anything else here, only that you should ask your own Google Assistant to set a reminder for October 15. That’s the date that Google will show off both phones, in case you missed that yesterday.

The backside seen in the picture highlights that orange-ish color and the camera housing, though Google first showed us that camera housing in June. We believe that square box will play host to a 16MP telephoto lens, along with a 12MP wide-angle shooter, possibly a ToF sensor, and a flash. This will be the first of the Pixel phones to sport a secondary rear camera.

So, what do we think Google will call this? Barely Orange? Very Orange? Sort of Orange? Coral? 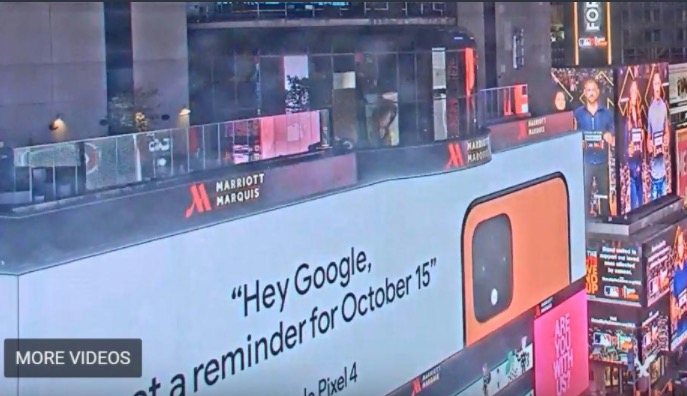 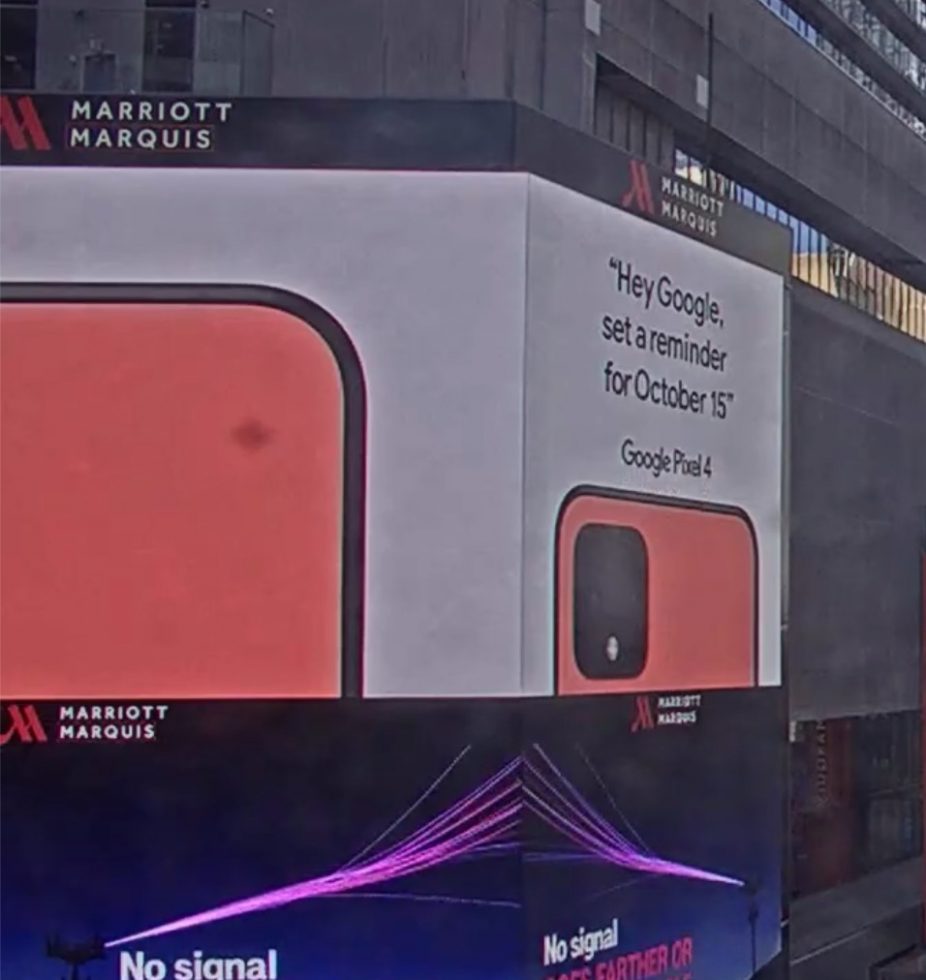