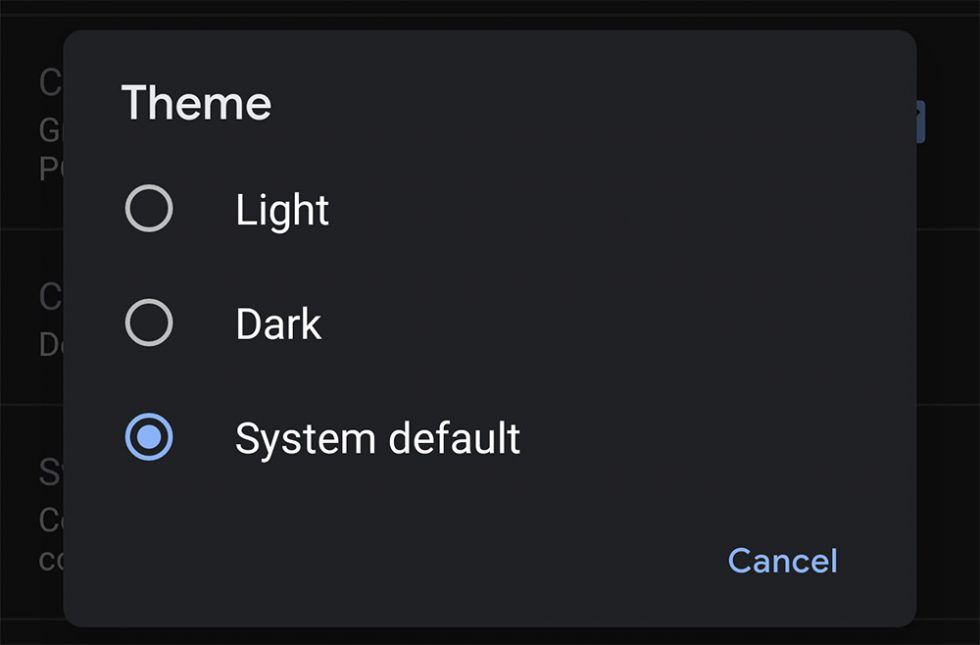 As a part of Android 10 leaving beta and arriving on Pixel devices as a stable build with official dark theme, Google told us that Gmail would get its darker makeover later on this month. Today, it looks like the rollout of the darker side of Gmail may have begun.

The update to version 2019.08.18.267044774 should have hit most devices today (Tim and I both got it), but only a select few have been given access to the dark theme buried within it. Google must be doing that frustrating server-side switch thing, because only a couple of reddit users who seem to have dark theme for Gmail have the setting menu you are seeing above.

If you update and want to look for it, head into Gmail settings and you should see a “Theme” choice at the top, above your “Default notification action.” Should you tap that, you’ll get options to force Gmail to be light or dark, or you can let it respond to your system theme. 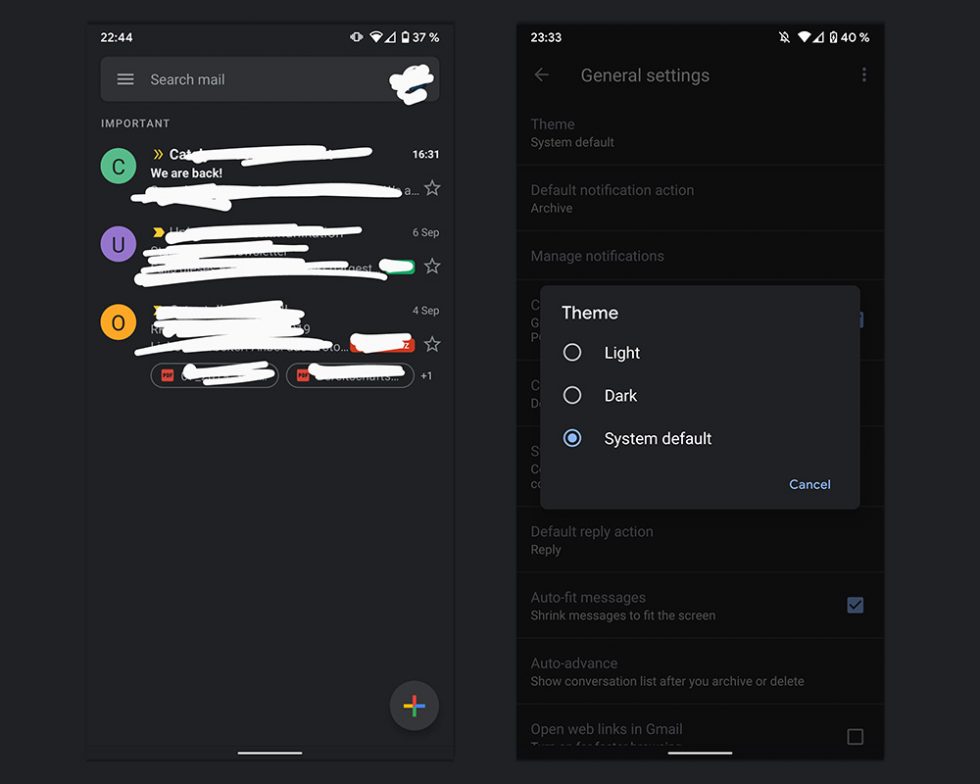 Overall, there isn’t much else to say, only that Gmail will get a darker or faded black theme rather than a pitch black darkness. This should make for easier reading and slightly less contrast than you might find in Android 10’s system settings with dark theme enabled.

As an added bonus, if you have multiple accounts in Gmail, this build enables a neat account switching swipe across your account avatar. Try swiping up or down on it. It’s neat!

Anyone get the dark theme option?