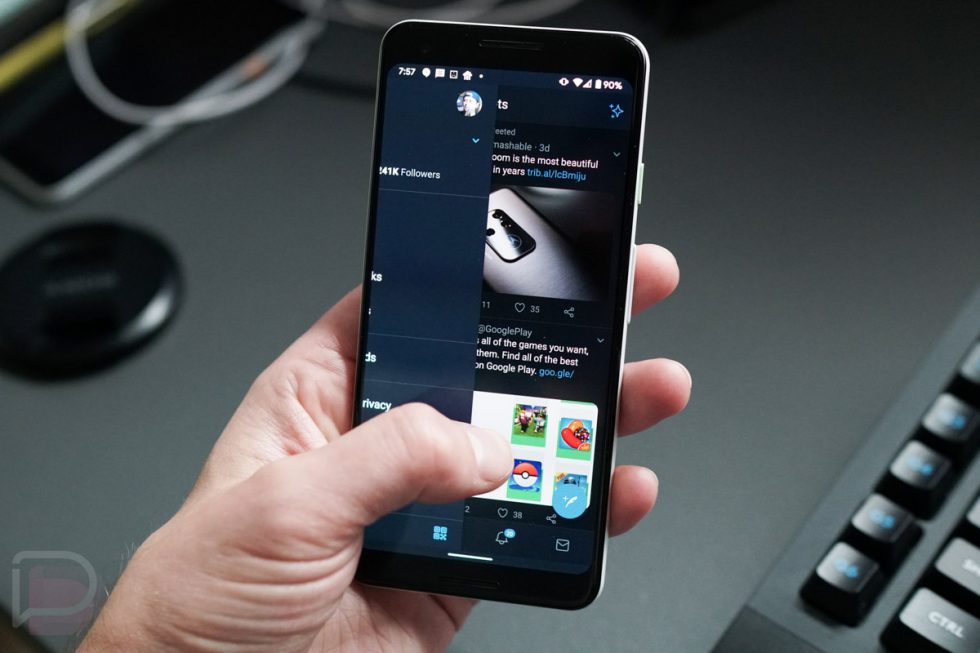 Android 10 gestures are pretty bad, I think I’ve made that point clear. The badness of them mostly revolves around the weird side-infused back gesture or swipe that Google implemented without really coming up with a way to allow it to work within the Android app ecosystem’s side menus that they spent years training everyone to create.

With that in mind, people have discovered a twist to that gesture that may help make Android 10’s gestures less bad.

On Friday, we had a number of listeners point out during the DL Show that if you swiped at an angle while trying to access slideout menus within apps, that you’d reach your desired result rather than trigger that awful back gesture. Try a swipe of 45-degrees or an even more extreme angle downwards, from the side of app, they said. Ignore that stupid peaking thing Google mentioned and swipe downwards!

On the show, I (rightfully) mocked this added complication and laughed at the absurdity as the Android elitist that I think I am. However, a reader emailed us not once, but twice over the weekend, insisting that we try this new angled swipe because they felt like “everyone needs to know this information!” They were mind-blown.

Is this a proper work-around or trick that’ll save Android 10 gestures? No, I think it’s still stupid. We’re now swiping downwards to bring out a menu that should be accessed with a side-to-side swipe. That’s dumb. I also now have to remember to swipe in an angle to avoid going back, which all seems like silly and unnecessary complexity.

But yeah, man, if you are a gesture guy or hated them initially, give this trick a try and you may learn to love Google’s version of a gesture navigation.