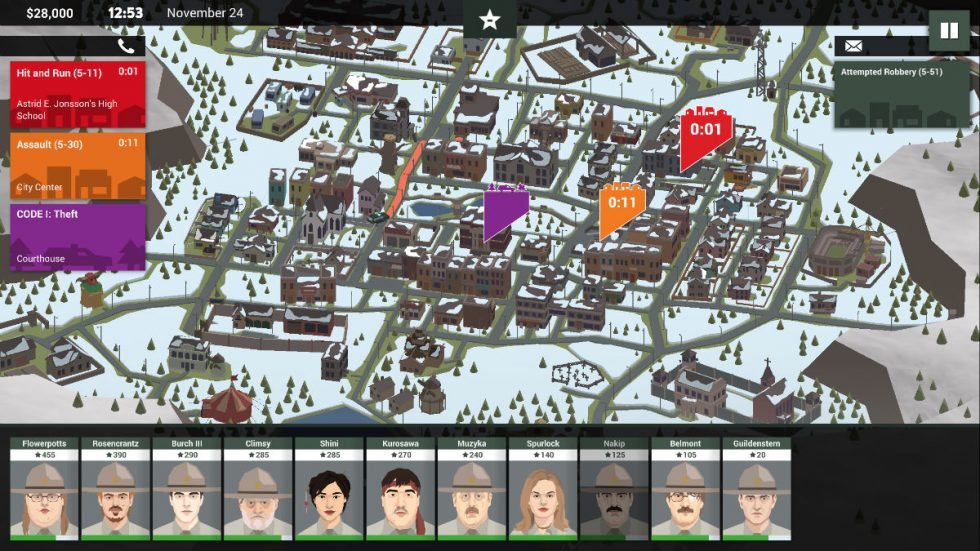 The first game put you in charge of a police department in a large city. In the sequel, the game takes place in a town’s sheriff department where you will manage your deputies, investigate crimes, interrogate suspects, and incarcerate criminals.

Much like the first, the game is very story driven, and if you played the first, you’ll already know how tactical the game can be. It’s a challenging game, but very fun and addictive.