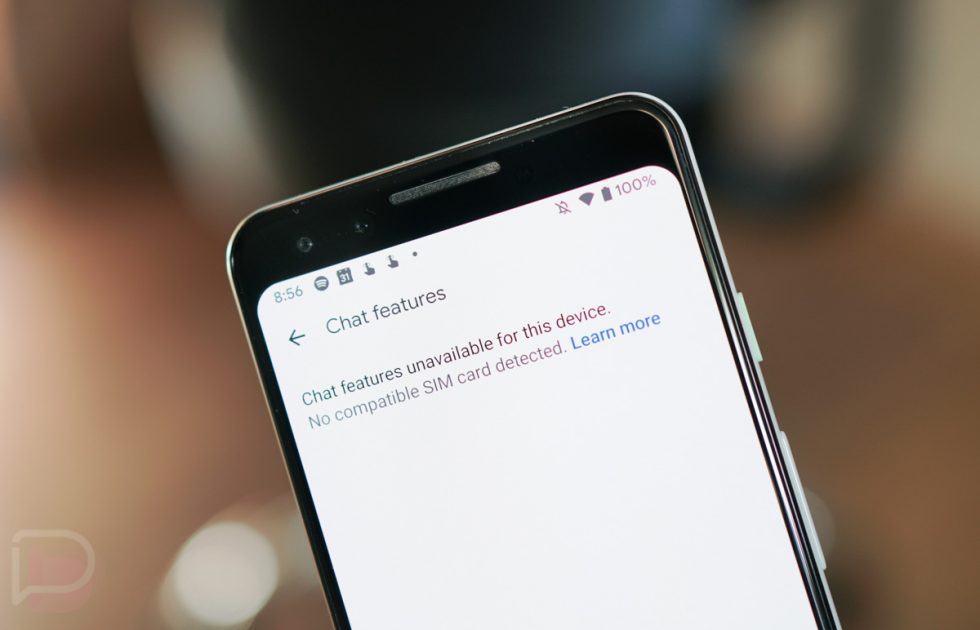 If you assumed that your US carrier is the reason you haven’t been given access to RCS, which should be the future of SMS, you are probably right. Google’s Hiroshi Lockheimer said as much in a Tweet this weekend, while sharing news that they have fully rolled out the new messaging technology to the UK and France. So yeah, US carriers suck as much when it comes to this messaging thing as you guessed.

To back up for a second, let’s recap what Lockheimer is referencing. Just over a month ago, The Verge reported that Google was going to bypass carriers in the UK and France and push out RCS (or “Chat” messaging) on their own, through their Android Messages app. Google never acknowledged any of the report publicly, didn’t write up one of their typical blog posts on what is a pretty major move, and hasn’t said a word about how this might all go down in the US. Well, until yesterday, when we were told that “RCS now fully rolled out” in those countries and that we should expect the “next wave of countries soon.”

We’d love work with our US carrier partners on RCS. Trying!!!! PS: RCS now fully rolled out in UK and FR. Next wave of countries soon.

So that’s great that someone from Google finally acknowledged these big plans, but what Lockheimer included in his Tweet about the US situation is depressingly exactly as we thought. You may recall that I called RCS “dumb” a week or so before these new plans were revealed. I called RCS dumb because of what he’s talking about here. If you leave anything up to US wireless carriers, your chances of ever finding happiness are slim.

The details are scarce, but if Google is still trying to work with US carrier partners to get RCS out, rather than force it through like they did in the UK and France, I won’t fault you for giving up all hope. Because working with US carriers on this situation leaves us in the exact same place we’ve been since RCS was first given the spotlight back in 2016. In those 3+ years, we’ve seen RCS on a couple of Google phones that can maybe, sort of talk to another Google phone here and there, but then we’ve also got a Samsung or OnePlus phone that supposedly have RCS, yet can’t talk to each other or those Google phones. That’s all thanks to US carriers wanting their own RCS platforms that won’t talk to other RCS platforms.

I would just like to know why Google isn’t ready to push RCS through without their help. It’s one of those situations we’ll probably never fully know and that’s too bad. I just can’t help but think back to the early Google Wallet/Google Pay days, where the carriers lied to our faces over and over again about blocking that app, all because they had created their own inferior payment app they wanted us to use instead.

Until they tell me differently, I’m going to assume the worst. US carriers suck.