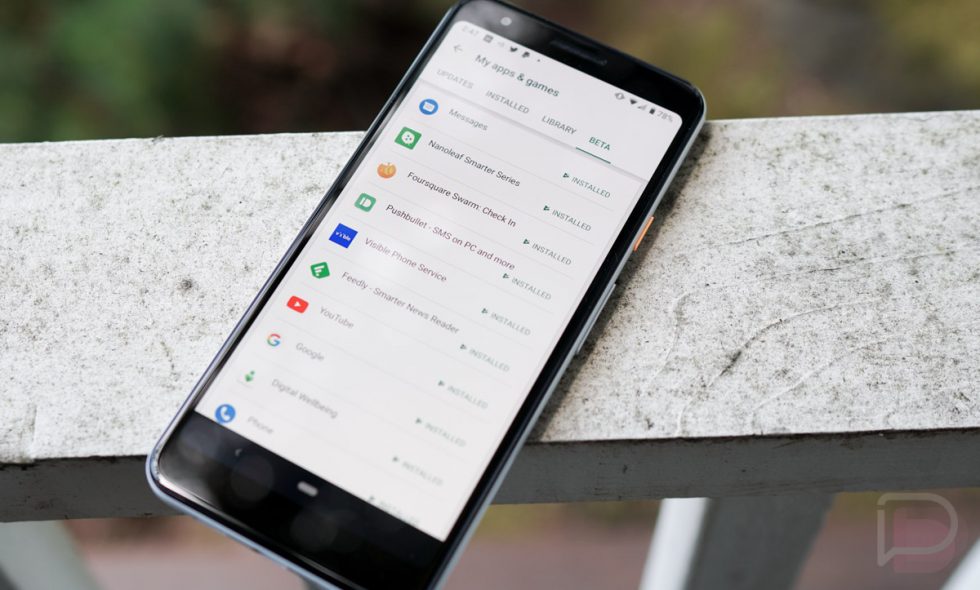 Google Messages just picked up a beta program, so that got me curious about which other apps you guys are currently beta testing.

After Google opened up the opportunity for beta versions of apps through Google Play some years ago, I can tell you that I tend to enroll in as many as I can. That’s partly because of Google’s stupid staged rollouts and I like/need to get updates as quickly as possible, but I also like to live a little wild and test new sh*t.

The list of Google apps I’m currently testing in beta includes apps like YouTube, the Google app, Digital Wellbeing, Phone, Google Play Services, Gboard, and Google Maps. It’s not just Google apps that you can beta test, though. I’m also enrolled in beta programs for Foursquare’s Swarm, Nanoleaf, Feedly, VLC, Instagram, and Nova Launcher. I’m sure there are others, but my list is at least 20 deep.

What about you, which Android apps are you currently beta testing through Google Play?