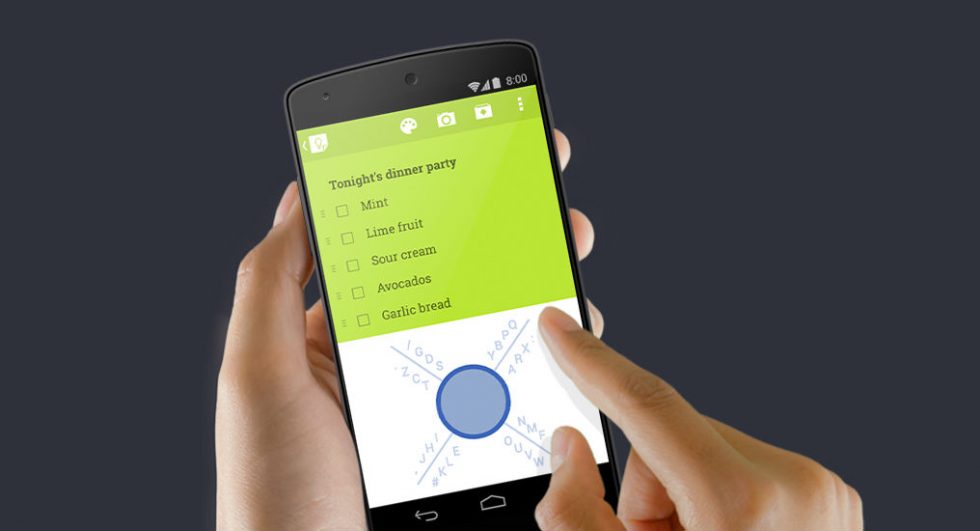 If you have been following Android for a while, then maybe you’ll remember 8pen. The app was a keyboard replacement, but unlike Swype or SwiftKey, 8pen was a complete reimagining of what we know as a keyboard.

8pen used gestures and swipes for input, and after trying it for 10 minutes, I quickly realized that I didn’t want to relearn how to type. Considering the app never took off, it’s safe to assume that is what most people felt.

We’ve actually done a #TBT post about 8pen before, back in 2016, but at that time, there was no downloadable 8pen experience. That changed in late 2018, when an app called Vi8 was launched as an “Unreleased” app on Google Play. It’s still there today, and with it, you can experience what we went through back in November, 2010.

I will say, it’s brutally difficult to use. From what I’ve gathered after 5 minutes of frustration, the center circle is your space bar. Hold down your finger in the center, then with swiping motions with your finger, circle the letters you want to make out a word. When a word is complete, let go. Then tap the center for space, then start all over again on the next word. It’s a blast from the past that will surely kick your ass.

Could you see yourself using this keyboard in 2019? I still think it looks exceptionally cool, just not very practical considering the effort it takes to learn how to use it.