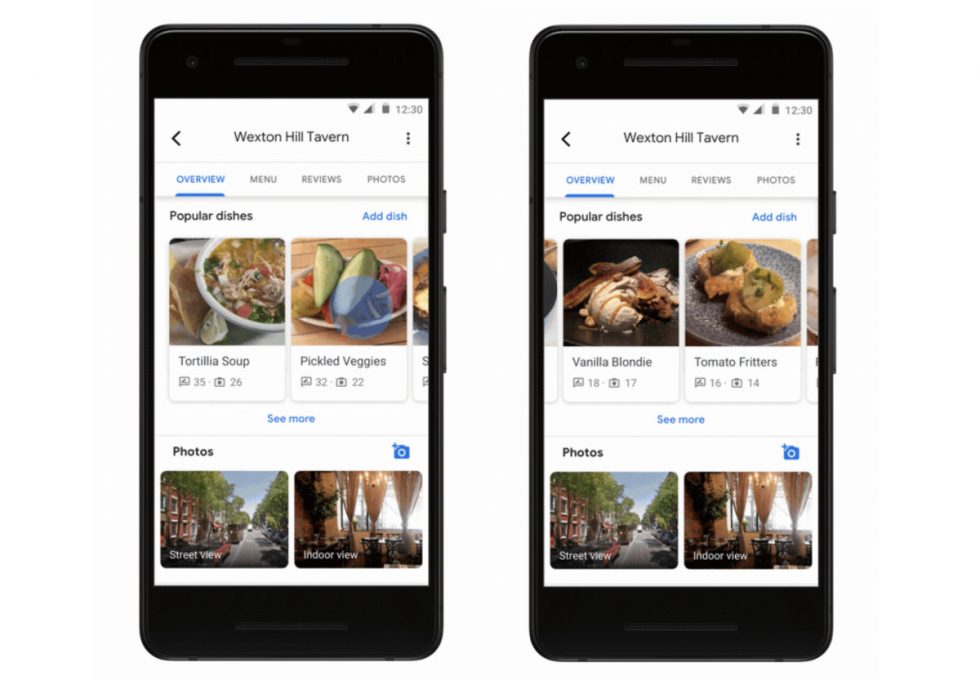 I heard a long time ago that if you go to a restaurant and there are pictures of food on the menu, don’t expect anything life changing to come out of that kitchen. In direct opposition of this, Google is making an effort to turn restaurant menus into a very visual experience. Earlier this week, they announced that Google Lens can recognize dishes on a menu, then show you photos of the dishes.

Today, the Google Maps team is announcing something similar. The new feature is called Popular Dishes, which uses machine learning to recognize what dishes people are talking about in their reviews of any particular place. As you look up a new place to eat on Google Maps, the app can show you photos of those popular dishes.

Simply pull up a restaurant on Google Maps to find its popular dishes in the overview tab. Feeling extra peckish? Dive into the menu tab to scroll through all the most-talked about meals, and tap on a popular dish to explore reviews and photos. In a country where you can’t read the language? Maps will also translate the reviews for you too.

Google says the feature is available right now for users on Android, while those with an iOS device will have to wait a while for it to come.