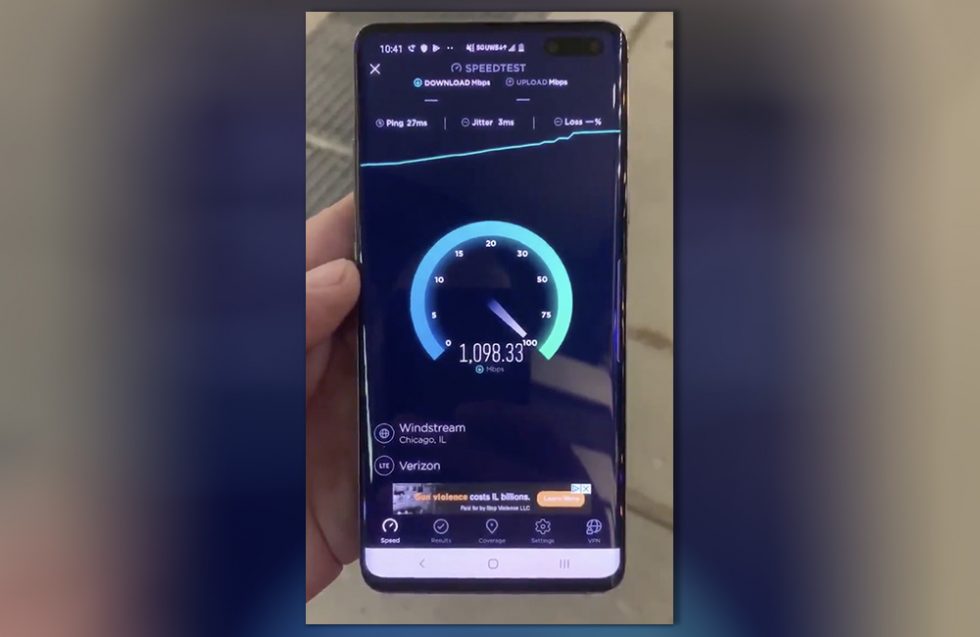 Verizon is showing off download speeds using the newly-launched Galaxy S10 5G today, probably because they opened up the network a bit following a few weeks of testing. After peaking well under 1Gbps in early April, Verizon’s 5G network is now pushing beyond 1Gbps with Samsung’s new phone.

I’m guessing they needed to do this to try and keep up with the milestones that AT&T continues to brag about. In a world filled with stupid “firsts,” AT&T has already marched past 1Gbps and onto 2Gbps, though they don’t currently sell a phone that can do what Verizon’s S10 5G just did.

The speedtest below, which is run by Verizon’s George Koroneos, shows a top speed close to 1.1Gbps. That’s substantially faster than what we saw back during the initial launch in April using a Moto Z3 with attached 5G Moto Mod. Just keep in mind that these are tests on a network with almost no devices competing for bandwidth.

Wondering why the video cuts off just before showing the upload speeds? That’s because Verizon hasn’t enabled 5G uploads. Their 5G network still utilizes 4G LTE on the upload side of things.

This is 5G on the brand new Samsung Galaxy S10 5G in front of my hotel. It's crazy the difference a month makes. #FirstToRealTime pic.twitter.com/Syxc7HGrqn