It was late-October the last time Google updated its Android Distribution numbers. At that time, we were still waiting for Pie to make its debut on the chart, mostly so we could continue poking a bit of fun at Google and Android for its slow adoption rate. And just FYI, we only poke fun because we care.

Anyway, the chart has been updated for May, 2019, so here’s where we stand now, six months after the last time we saw these numbers.

Pie makes its debut at 10.4% of all devices! This seemingly good number is likely all thanks to Samsung having already updated most of its major releases to Pie, and on top of that, the company has launched three smartphones in 2019 running the latest Android OS publicly available. Not that it skews anything, but should those devices not be updated to Pie already, we’re certain that the 10.4% number would be a lot smaller. Cheers, Samsung! 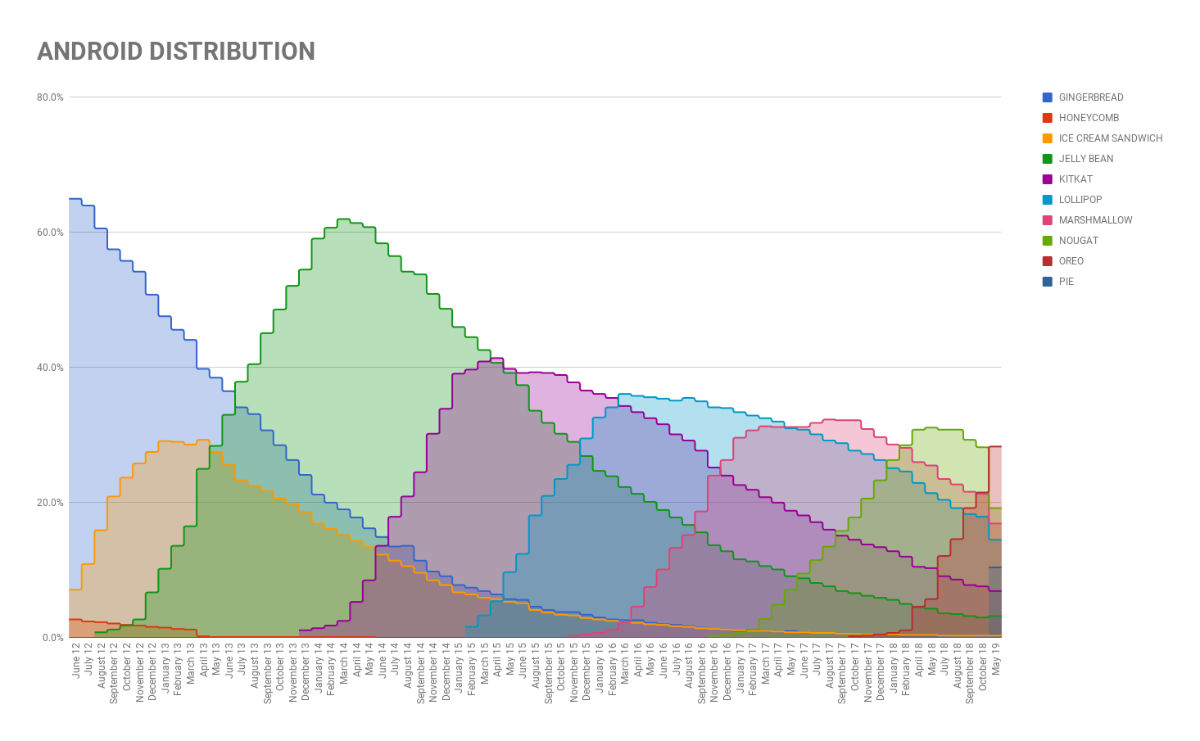