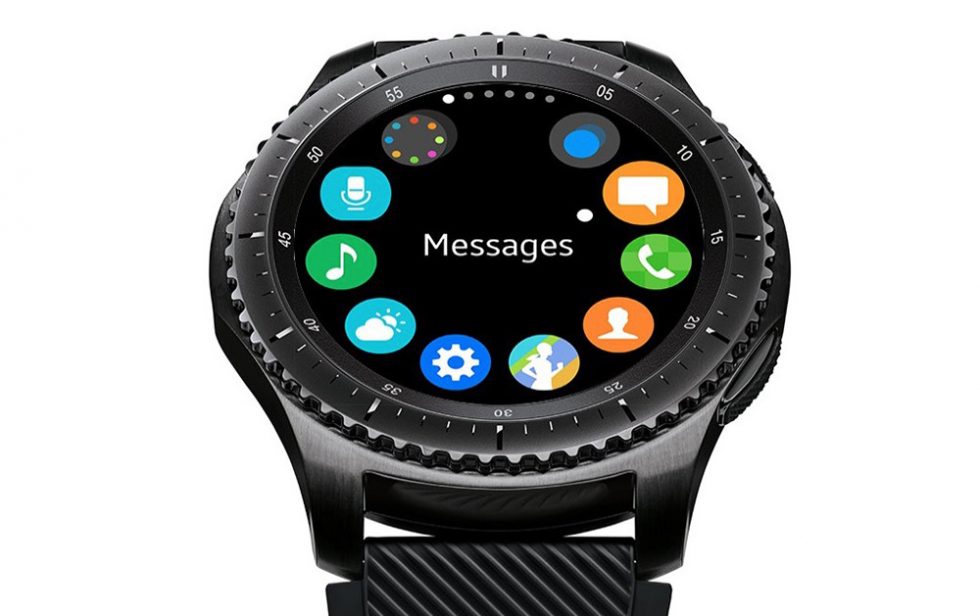 Smartwatch shoppers, we’ve got a sweet deal for you today. Samsung’s Gear S3 Frontier watch is down to just $109.99, thanks to an instant $90 off when you add one to cart. $90 off!

With the Gear S3 Frontier, you have one of Samsung’s nicest built watches, with a sporty look, rotating bezel, and all the specs. You’ve got a 1.3″ round display, 768MB RAM and 4GB storage, GPS, wireless charging, heartrate monitor, 380mAh battery,  dual core processor, and IP68 water and dust resistance. It’s a big watch at 46mm, but not uncommonly large.

As for software, the S3 Frontier runs Samsung’s Tizen OS, just like all its watches have for years. But even though this watch is a couple of years old, it recently received the big update to Tizen 4.0.

The Gear S3 Frontier will work with any Android phone running 4.4+. 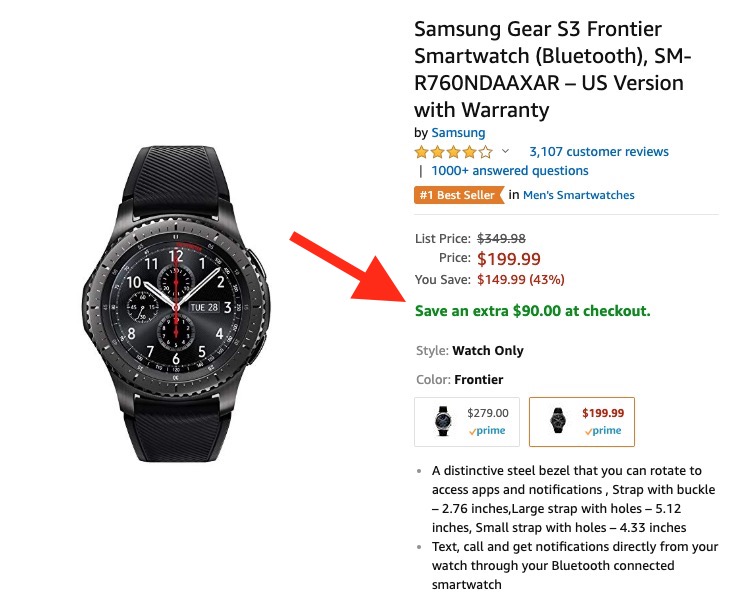