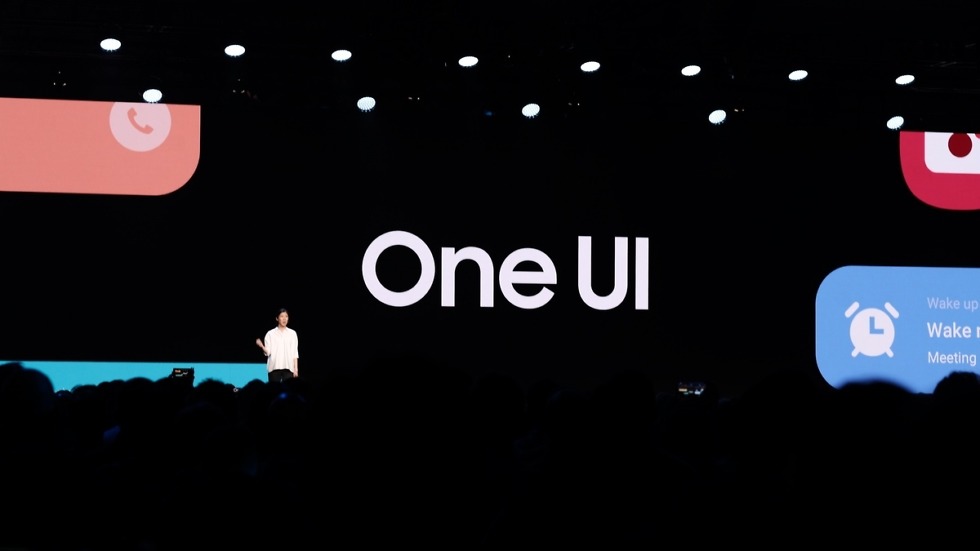 Samsung unveiled a major overhaul for its custom skin at SDC this week. What used to be called TouchWiz has recently gone by Samsung Experience UI, but today, we were introduced to One UI, which is the UX users should see on Samsung devices going forward.

Said to be designed for natural interactions, Samsung took a step back and really looked into how people interact with their smartphones. After a year of research, Samsung got to work on a new UX.

From what know right now, there are a few major changes, but there are a lot more details we’ll probably find out later. For now, we can expect a true Dark Mode experience, a streamlined Settings menu with a new layout, and an increased level of visual comfort. From what we can tell, this means bubble-looking emoji and rounded corners on almost everything on the phone.

If you want One UI sooner rather than later Samsung announced an open beta program, coming later this month. The beta program will be available in the US, Germany, and Korea, coming to owners of Galaxy S9, Galaxy S9+, and Galaxy Note 9. According to Samsung, it hopes to push a public update to One UI to owners in January.

Cheers to David Imel for the image!