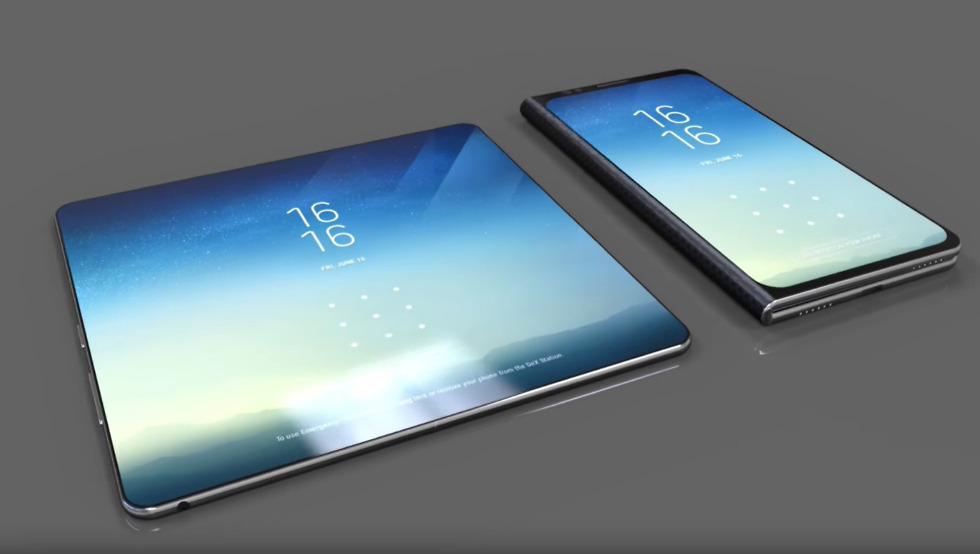 SDC, short for Samsung Developer Conference, kicks off this week on Wednesday. Typically, nothing too noteworthy comes out of this annual event, though, this year might be different.

You see, for years now, we’ve been hearing rumors and writing up reports that Samsung is working on a device with a foldable display. This year, those reports really picked up steam when Samsung’s own DJ Koh said the time had come to unveil its work and that SDC was a potential place to do it. We haven’t attended an SDC in years, but because of the hype surrounding this foldable display device, you’ll find me in SF later this week.

Anyway, the latest news surrounding this reported device are a few specs, mainly for the display size(s). According to The Bell, when folded, the device acts a standard smartphone with a 4.58-inch OLED touchscreen display. When unfolded, it acts more like a 7.29-inch tablet with an OLED display. From what we can tell, the smaller display is on the outside of the device, and then when unfolded, you’ll find the larger display. This aligns with a concept image we posted in January of this year (header image above), taken from a video published in December, 2017.

Here’s how The Bell puts it, but mind you, the translation is a bit wonky.

According to this report, Samsung Display will start mass production of components this month, but Samsung isn’t looking to sell millions of this device because the price is said to be very high. From the totals cited, it appears that only 100,000 units will be made a month, which is much lower than the millions of Galaxy S devices the company manufactures a year.

Lastly, while we may see the hardware at SDC this week, it’s also said that Samsung will showcase the software UI it has designed for this foldable device. Of note, it’s reported that Samsung has worked with Google and Task Force to develop it.

We may see an actual product this week, folks!