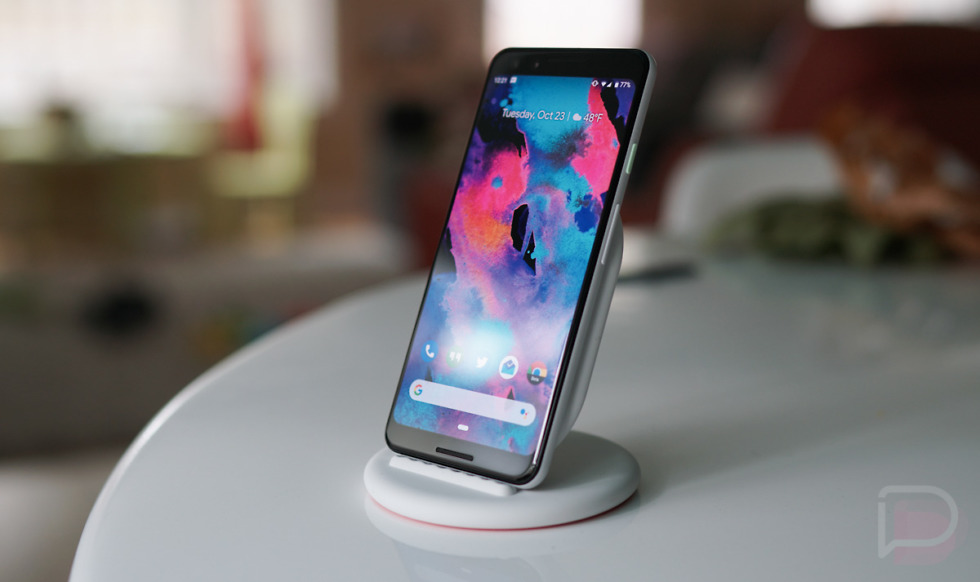 To back up for a second, you have to understand that Google’s Pixel 3 and Pixel 3 XL can fast wireless charge at 10W. They are also Qi supported wireless charging devices, Qi being the industry standard. Those two things do not combine at this moment. Let me try to explain that.

Google’s phones are Qi compatible, but it appears that they only charge on a Qi wireless charger at up to 5W. On the Pixel Stand, though, they ramp up to 10W and the phone shows a “rapid charging” as that happens. That 10W power is only happening through that proprietary wireless charging solution I just mentioned. See the difference there? Google made its own fast wireless charging solution, but does still support the Qi standard, only at 5W.

Google, in response to Arstechnica who reached out for comment on the situation, confirmed this to be the case. In order to get in on the 10W fast wireless charging action, you’ll have to buy accessories that implement Google’s solution. For now, that includes an option from Belkin called the BOOST UP Wireless Charging Pad that’s made specifically for Pixel 3 and Pixel 3 XL and does indeed use “Google’s 10W proprietary wireless charging technology.”

Google says that it is working on certifying additional chargers through its “Made for Google” program. That’s fine, but if this program means wireless chargers that are potentially double+ in price over chargers that already support fast charging through the Qi standard, this news kind of sucks.

If you wanted to skip Google’s Pixel Stand because of price and were considering another option, you are going to have to wait a while longer if you want the faster speeds.