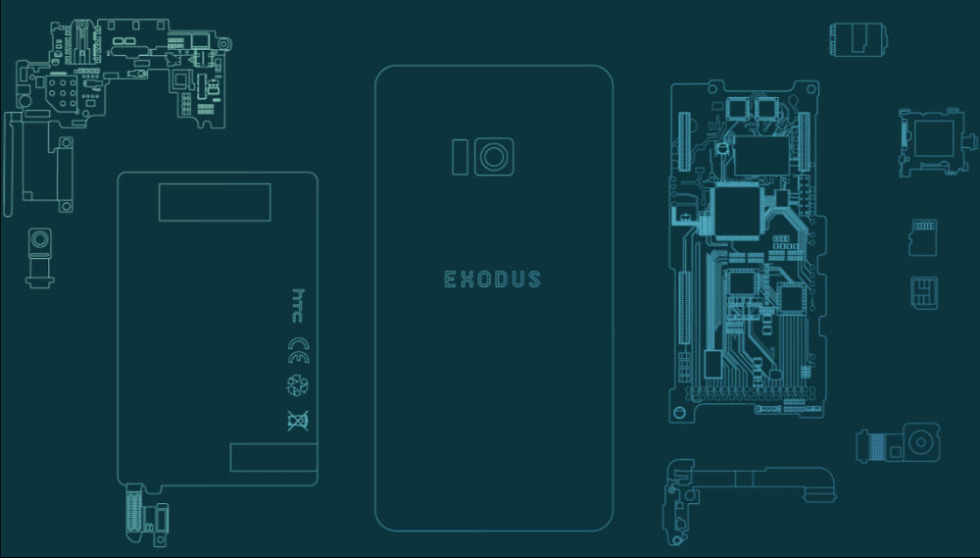 HTC officially announced Exodus, its blockchain-powered smartphone and not a literal departure from the smartphone world, back in May of this year. At that time, no detailed availability or pricing was given, but thanks to a recent interview by The Verge with HTC’s Phil Chen, we’ve learned that we can expect Exodus to launch before this year’s end. Additionally, we will learn exact pricing around Q3, but it’s said to be “comparable” to Sirin Labs’ Finney blockchain-powered phone, priced at $1,000.

For those who missed the Exodus announcement, the phone acts as a universal wallet with secured built-in hardware to support cryptocurrencies and decentralized applications. Whether you trade in Bitcoin or whatever John McAfee is paid to promote these days, Exodus should be able to manage it.

“We envision a phone where you hold your own keys, you own your own identity and data, and your phone is the hub,” Chen told The Verge. Furthermore, Chen envisions a future where mining crypto via mobile is more efficient.

To go along with this Exodus news, HTC announced an exclusive partnership with CryptoKitties this week, an interesting Pokémon-like concept where players hatch unique digital cats that somehow have value. I won’t sit here and act like I know how any of this works, but from the following description, I may have just thrown up in my mouth a little bit.

At the end of the day, HTC is not selling phones right now. HTC is also cutting its workforce in large numbers. I’m not the authority on whether a crypto phone will be a success down the road, but as it stands right now, I don’t think this venture will save HTC.

As soon as we hear more about Exodus, we’ll let you know. In the meantime, grab your U12+ and get to breeding CryptoKitties! Oh wait, you most likely don’t own a U12+. Dang.