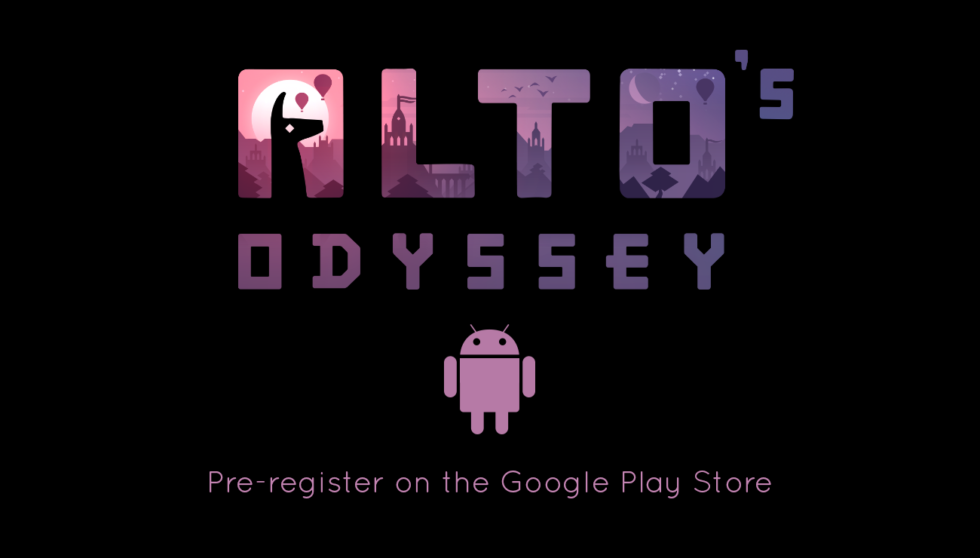 At long last, Android users will be able to get down on the sequel to the insanely popular Alto’s Adventure game. Called Alto’s Odyssey, the sequel will officially launch next month on Google Play. The game has been an iOS exclusive since February.

Gameplay for AO will be similar to AA, but you’ll definitely be introduced to new regions beyond the snowy mountainside. Beyond that, it should be very similar with regard to the mechanics and overall plot of the game. For those who didn’t play the first, you’ll slide down hills, do tricks, and unlock characters to progress through the game. It’s probably one of the best time wasting games of all time, so if you haven’t play the first one, I’d highly recommend it.

Should you like to pre-register for the game, which is simply a sign-up to be notified when it’s live on Google Play, follow the link below. However, believe me, we’ll notify you that it’s live way before Google Play does.