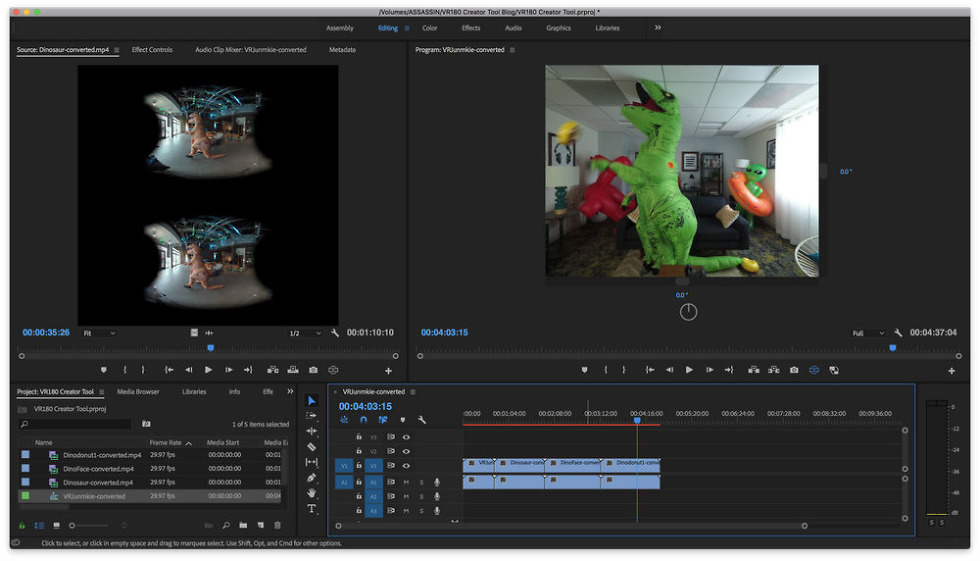 For anyone with a VR180 camera, such as the one from Lenovo, Google has published VR180 Creator software for Mac and Linux machines. With it, editing your VR videos for uploading to supported services should be a total breeze.

According to Google, the software has two main features for VR videos. There’s “Convert for Publishing,” which takes raw footage from VR180 cameras and converts it into a standardized equirect projection. That material can then be edited with the usual video editing software programs. Then there’s “Prepare for Publishing,” which re-injects the VR180 metadata after editing so that the footage is viewable on platforms, such as YouTube or Google Photos, in 2D or VR.

If this type of footage is something you’re looking to capture, note that a Lenovo Mirage camera costs $300, currently available on B&H Photo.

If you already have the necessary hardware, you can download the VR180 software for your Mac or Linux desktop by following the link below.