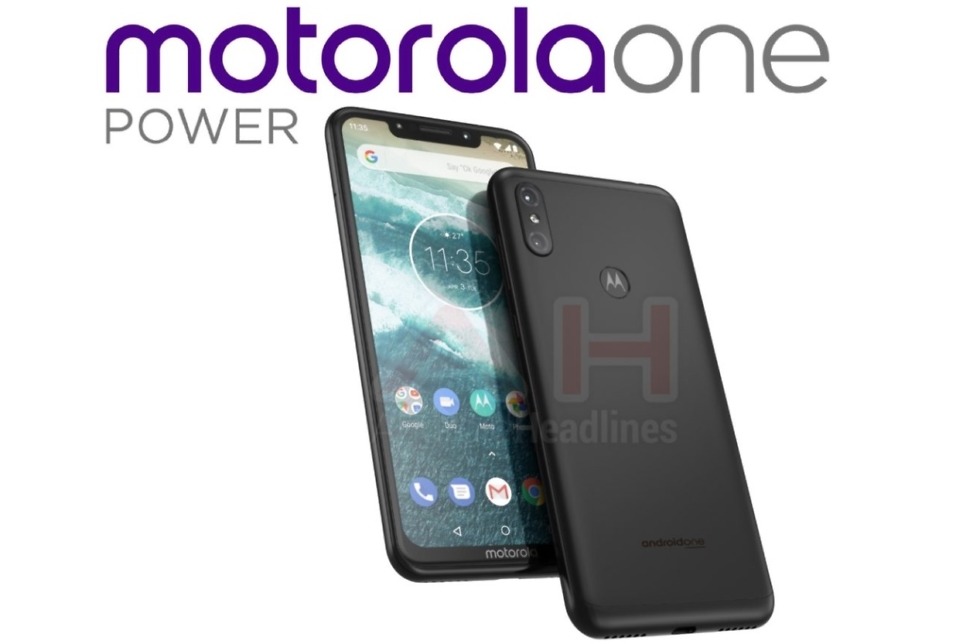 The phone above is reportedly called the Motorola One Power. I have a number of reactions to that name, as well as the design, but let’s first jump into what this phone is.

The folks at Android Headlines posted the image, suggesting that it came from a reliable source who provided little details other than the image. In fact, we know nothing about its specs, only that it might release in the US at some point.

From the image, we can gather that this phone has a notch, which we told you that many Lenovo and Motorola phones would have in the near future. Along with that notch, we have a small chin on the front of the phone with “Motorola” branding. It’s front looks a lot like the Moto X5 that was supposedly canceled. On the back, we have a dual camera setup, fingerprint reader, and “Android One” branding. Underneath, we can see two speaker ports and a USB-C port, as well as no headphone jack.

OK, so what should we make of this? The image looks fine, but this is a phone that no one has reported on just yet. The name suggests that this is an entirely new line of phones from Motorola. For one, this isn’t a “Moto” phone like we have seen for years (Moto E, G, X, and Z). Instead, it’s potentially a new family of phones called Motorola One. Motorola also could be looking to expand or differentiate that line by creating special versions, hence the “Power” tacked onto the end.

LG has done something similar in the past. You may recall the LG X series that featured the X Charge, X Power, and X Venture. The idea was that each was an affordable phone that had a single, standout feature. Motorola could be doing that here, with “Power” representing long battery life, for example. Unfortunately, that could mean a Motorola One Focus or Motorola One Vision, where they could slap better optics or display panels inside. That would be shitty.

With that said, the “One” here is likely in reference to Android One, which is a good thing. Like the Moto X4, this could be Moto’s next Android One phone that could land at Project Fi or sold unlocked at places like Amazon. Android One phones are awesome, because they tend to be affordable and also see frequent updates.

Not much else is known about this supposed Motorola One Power, outside of this single image. If it’s real and the specs aren’t bad, it’s actually not a bad looking device.