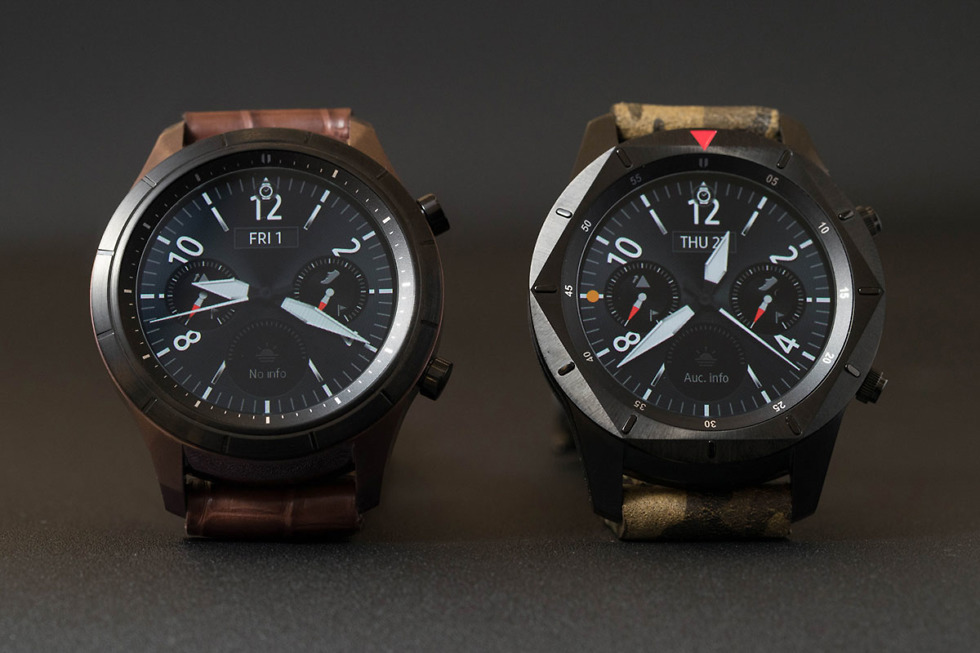 When Wear OS takes another crack at it this fall with the arrival of Qualcomm’s new wearable chipset, Samsung may join the party and release its first Android-powered smartwatch since the original Gear Live back in 2014. That’s a huge deal if true.

The first report of Samsung making a new smartwatch powered by Wear OS showed up a few days ago on Weibo, with a suggestion that the watch would arrive in the second half of the year. Today, to add to that storyline, @evleaks has Tweeted that Samsung employees have been seen wearing Gear smartwatches running Wear OS, not the company’s own Tizen operating system.

For those not up on the smartwatch business, just know that Samsung has sold its own smartwatches with its own smartwatch OS for years. The Samsung Gear S2 and S3 and almost anything not known as the Gear Live has run Tizen. Samsung ditched Android Wear (now Wear OS) almost immediately following its launch in favor of their own custom experience. Samsung’s Tizen has given Gear watches 3-4 day battery life and a watch UI that often makes more sense than whatever Google is pushing.

The problem with Samsung’s Gear watches is that there are few apps to choose from. In fact, the app selection on Gear watches is a major problem and could be why Samsung has decided to switch back to Wear OS. While Wear OS is a mostly awful wearable operating system, because it’s Android, almost any app you would want on your wrist can be there. That can’t be said for Samsung’s watches.

Why is this a big deal? Because it’s Samsung. Samsung is still the biggest in the game and their name carries weight, especially in smartwatches that aren’t made by Apple. This would also potentially show that Google has big plans for this fall when Qualcomm’s new wearable chip will power a number of new watches, watches that may sport a unique combination of traditional mechanical elements along with smart features.

A previous report pegged LG to launch a Wear OS watch that has both mechanical watch hands and a touchscreen. And that matches up to what Qualcomm is selling with their new chip – that smartwatches need to improve in their designs, particularly in ways that make them more of a watch.

If Samsung has switched, I’d imagine there are big things coming to Wear OS.

UPDATE June 7: The Gear watches that Samsung employees were wearing that ran Wear OS were apparently just one-offs and might mean nothing at all.

Update: turns out these were actually just one-offs made by Google and seeded to some Samsung workers (i.e. keep moving, nothing to see here).