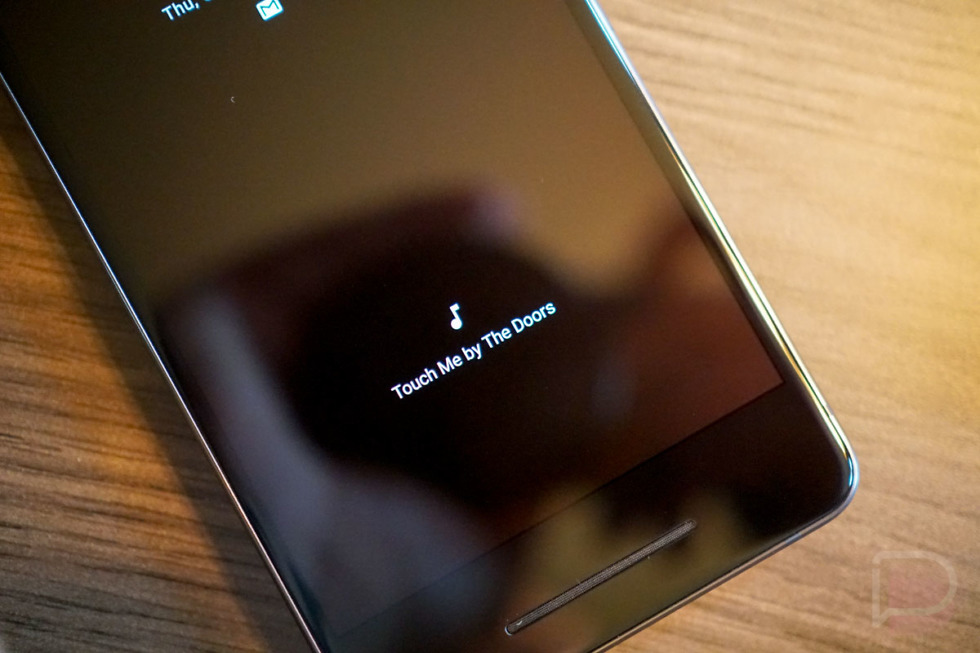 On the Pixel 2 and Pixel 2 XL, there is an option for your device to be always listening for background music. When it recognizes something, it displays a track and artist name via the Always On display. This feature is called Now Playing, accessible inside of the Sound > Advanced Settings menu.

Since launch, there has never been a native way of viewing the history of songs the phone has identified. As a workaround, 3rd-party developers have created apps for this exact use, but thanks to XDA, we’re learning that a native option is on the way.

In a recent teardown of the Ambient Services app from Google, there is a new string code that specifically states the following.

Naturally, Google has yet to flip the switch for this function, but at least this is a good sign that it is indeed coming. We just aren’t sure when. To call not having a viewable history at launch for Now Playing a missed opportunity is an understatement, but you know, we’re getting there.

As soon as this change is implemented, we’ll let you know.