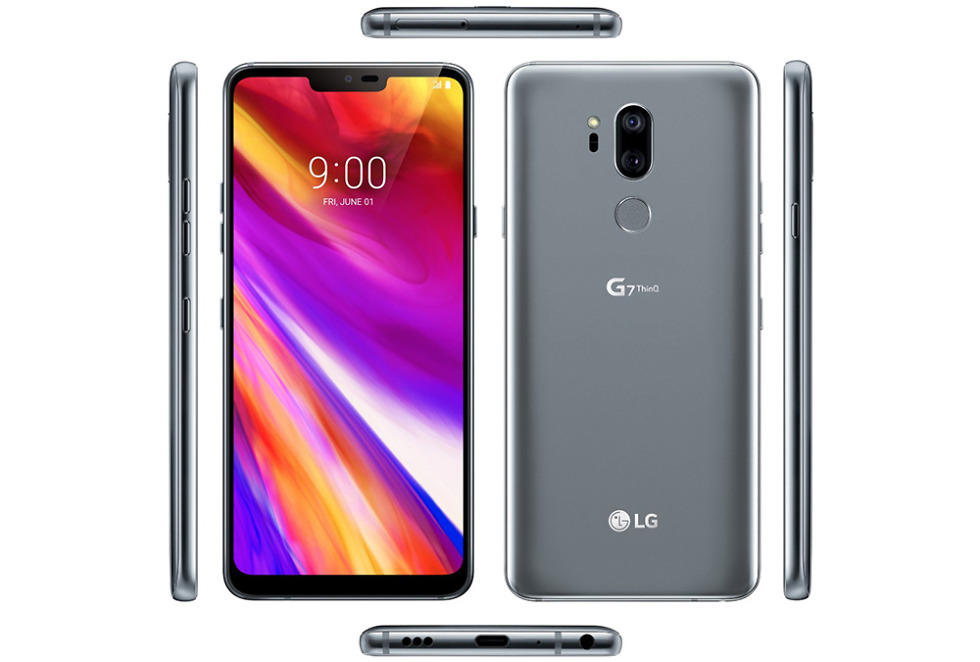 I know that we just got done saying that we were finished posting up unofficial renders of the LG G7 ThinQ, but another one showed up today that reveals every single angle of the phone’s exterior.

Thanks to the image provided by @evleaks, we get to see the front, back, top, bottom, and both sides. We get a new shot of the front notch, the dual camera setup on the back with fingerprint reader, side power and volume buttons, as well as an extra button that could be for the Google Assistant. And finally, we can see the bottom speaker sitting next to a USB-C port and headphone jack.

The color of this particular G7 ThinQ is grey or silver and it looks fine. It looks like a lot of the phones we know are coming in 2018 with notches and bottom chins. My biggest concern with this phone is over what the software will be like. We just asked people what they thought the worst Android OEM skin was and I’d be shocked if LG wasn’t up towards the top. Software has held them back for years and we have no indication that things are changing for 2018. Hopefully, they do.