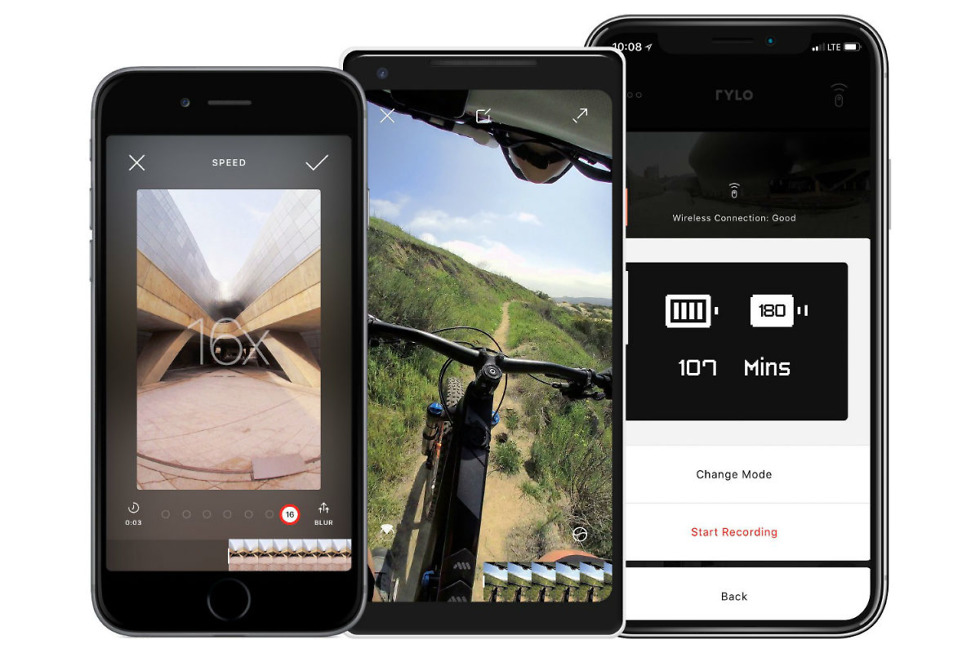 We recently wrote up the launch of the Rylo camera for Android and already there is a major update for the device and the dedicated Rylo app.

With the update, users can take advantage of a new shooting mode, editing effect, and a new way to capture shots. The new shooting mode is called 180° Mode, and with it, you only get video from the front-facing camera, not the entire 360° shot from both. This is ideal for chest-mounted Rylo cameras, considering the back camera is only picking up your chest.

The newly added editing mode is a Motion Blur effect, which adds a customizable amount of blur to your videos. This is great for timelapse videos where a lot of movement is taking place. And since Rylo provides a fantastic stabilization feature, the Motion Blur can really help make scenes pop.

Lastly, Rylo has also added a new way to snap shots. Instead of having to press the record button on the actual device, you can now use your smartphone as a Bluetooth remote. Inside the app, a new UI will show how much battery the camera has, amount of recording time left, as well as a button for changing the shooting mode and recording. Basically, once you have Rylo set up for a shot, all of the controls can be done from the phone, which is a real bonus.

To update your Rylo, get the app update from Google Play, they hook your Rylo up to your phone to update the device.