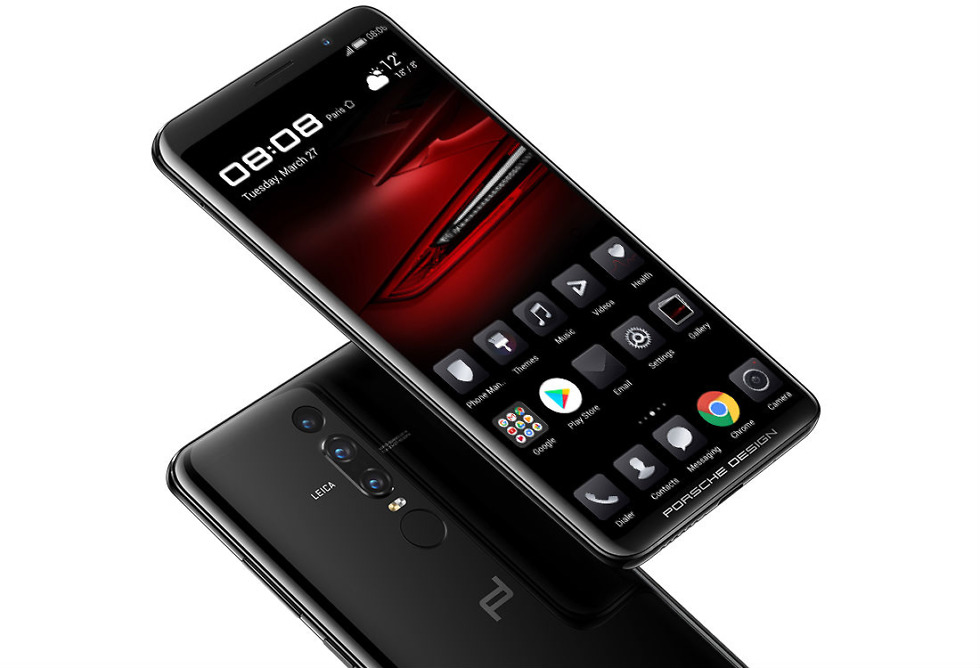 Set to hit Europe next month, Porsche Design has teamed up with Huawei again, this time announcing the Mate RS.

For anyone looking to spend way too much on an Android device, the Mate RS should suit you well, with the phone featuring specs you literally won’t find anywhere else. For starters, the Mate RS has two (2!) fingerprints readers, one on its backside and one in-display, a 512GB storage option, plus the triple Leica camera (40MP + 8MP + 20MP) setup announced for the Huawei P20 Pro.

Other specs include a 6-inch OLED display, Kirin 970 processor, 6GB RAM, stereo speakers, 4,000mAh battery, no top notch, and quite a bit more.

As far as we can tell, the Mate RS is not coming to the US, but you’ll probably be able to import it if you so desire. The phone is extremely pricey, though. The base model with 256GB is priced at about $2100, while the 512GB option goes all the way up to $2600.

All things considered, this would pair lovely with my new $1,200 TAG Heuer Wear OS watch. Sarcasm, of course.