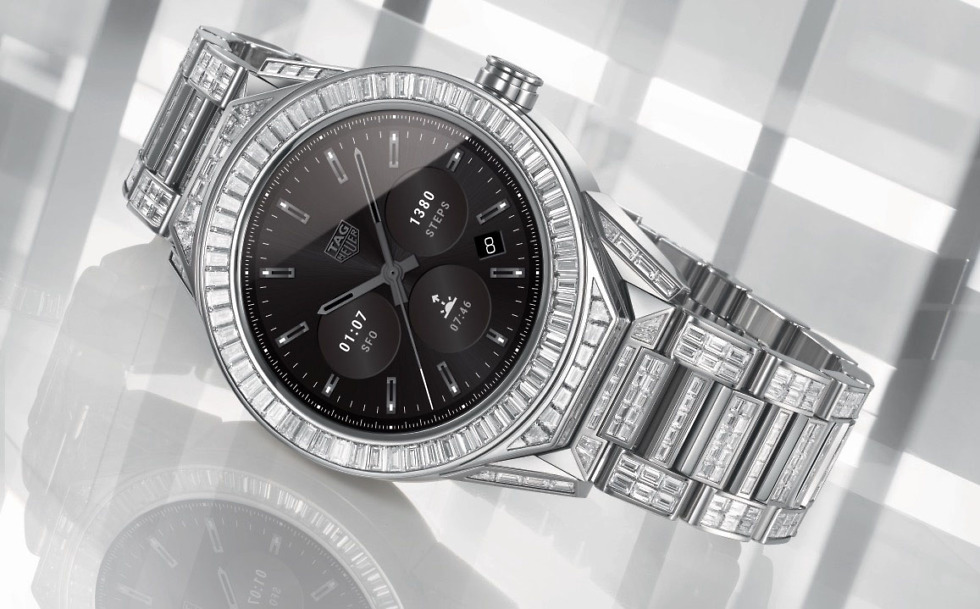 SIHH 2018 is happening this week in Geneva, so watch enthusiasts have already come off a heck-of-a weekend full of drool-worthy announcements. SIHH is like CES or MWC, only for watches. It’s the first big watch event at the beginning of the year, where most major watchmakers reveal their new watches for the coming year and beyond. Think Cartier, A. Lange & Sohne, Richard Mille, Vacheron Constantin,  IWC, and Audemars Piguet, all at the same show to unveil ridiculously precious watches at ungodly prices. It’s big time. Even TAG Heuer is there announcing.

And boy, has TAG Heuer gone off in the smartwatch department at SIHH. They’ve unveiled the TAG Heuer Connected Full Diamonds, and yep, it’s the “most expensive connected watch in the world.” As the name suggests, this is a TAG Heuer Connected 45 that is fully paved in diamonds.

The price for this TAG Heuer Connected Full Diamonds? 190’000 CHF. That amounts to around $197,000 USD, in case you were wondering. That’s an Android Wear watch with some modular stuff going on that costs almost $200K. OK, then.

In total, we’ve got 23.35 carats of baguette diamonds, all of which is surrounded by 18K polished white gold. It’s freakin’ nuts. And you get that on top of the same Connected 45 that was shown off last March at a starting price of $1,650. Nothing else has changed, from what I can tell, though the original was still one of the better spec’d smartwatches that included just about everything you could ask for. 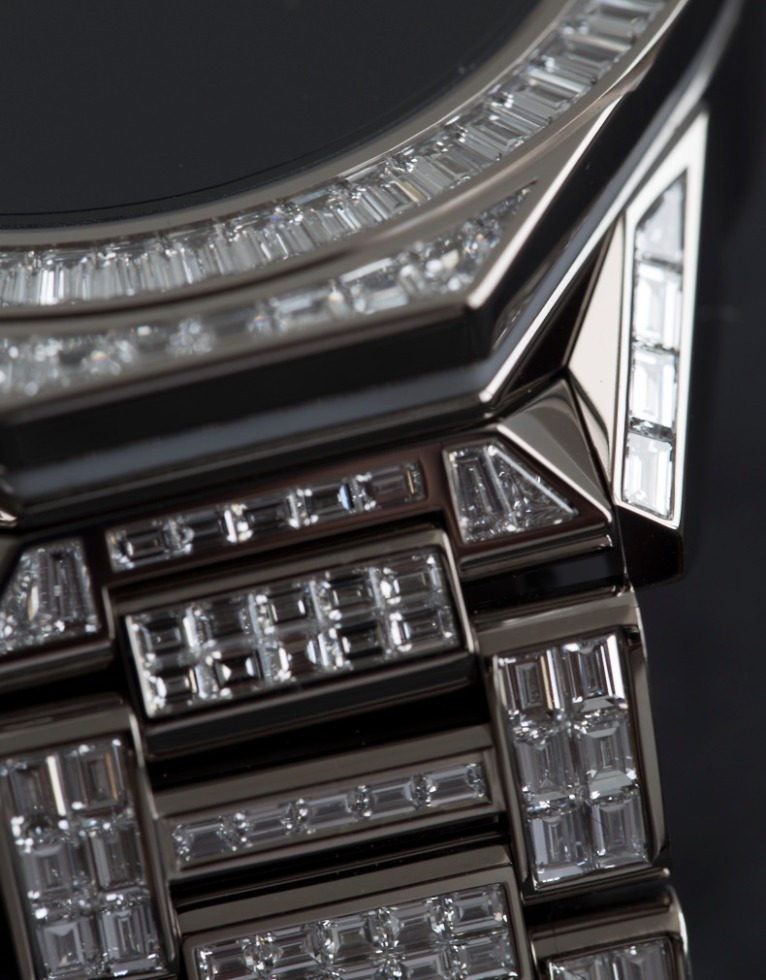