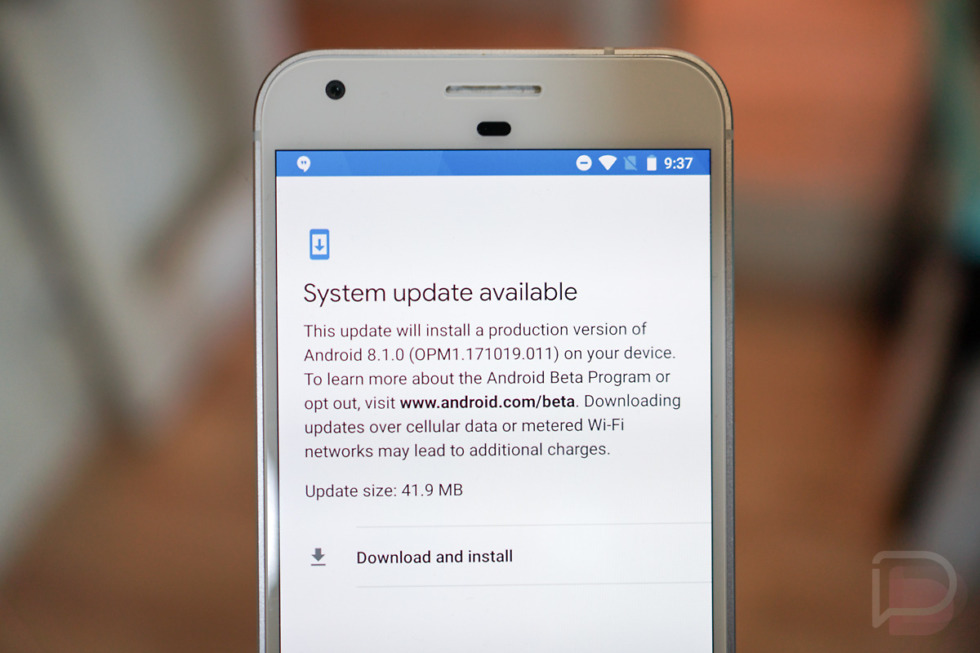 Earlier this week, Google posted up factory images and OTA files for Android 8.1.0, but now, the update looks to be rolling out to anyone enrolled in the Android Beta Program.

We can confirm that the update has been received on one of our Pixel devices, so others should be seeing it pop up soon enough on their own phones.

As for what’s changing, this update includes the December security patch, hamburger emoji fix, and more. Check out our What’s New in Android 8.1 video below for the full rundown.

If you haven’t yet enrolled your eligible device into the Android Beta, follow the link below to do so.