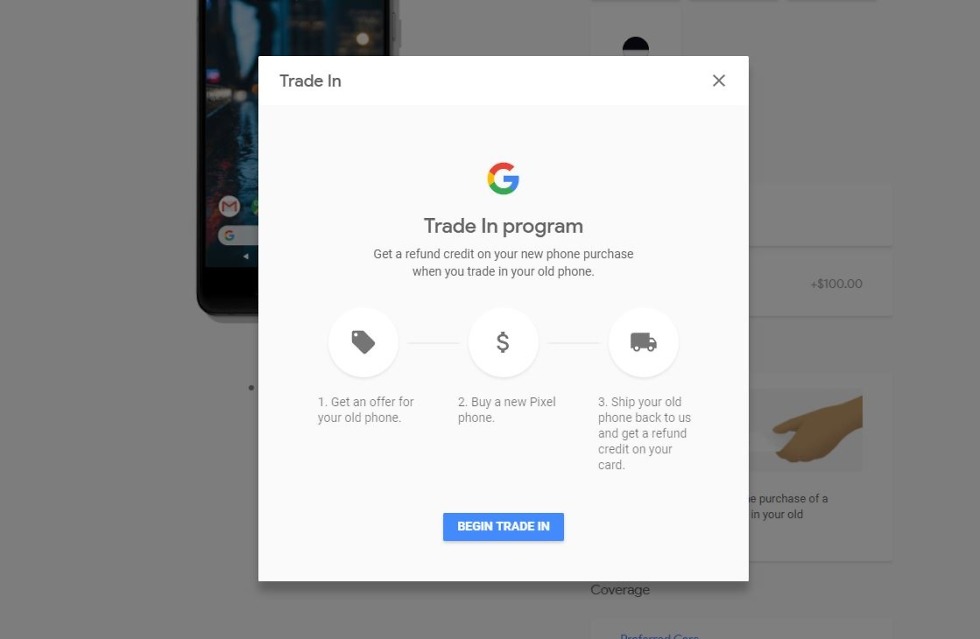 The trade-in program that Google launched in the Google Store just before announcing the Pixel 2 and Pixel 2 XL sure looks like a sweet option to score a discount on a new phone, especially if you are coming from an original Pixel or Pixel XL and don’t mind ditching your current device. However, as some of you have shared with us since pre-ordering the new Pixel 2 phones, there are some things to be aware of with this trade-in program that are both questionable and might be affected by time constraints.

For one, the trade-in kits are already arriving for those who pre-ordered the new Pixel 2 and Pixel 2 XL, even if their shipping estimate shows that their new phones won’t be here for weeks and weeks. While that’s great news that people can figure out the exact steps to send off their old device, I’m not sure that 6-8 weeks is a necessary cushion.

Additionally, part of the issue with these kits arriving so early is the fact that the trade-in quote given at the time of purchase may not still be valid by the time phone orders actually arrive. You see, when you tell Google that you want to trade-in a phone, they give you a quote upfront for the value they will offer you, assuming your phone arrives to them in the condition you described. But those trade-in value offers are only good for 30 days (SEE OCTOBER 12 UPDATE BELOW). After that, the quote is no longer good and will supposedly be cancelled. At that point, you would presumably have to get a new quote before sending in your old phone. It’s anyone’s guess if the new quote will match the original quote.

Both the Project Fi trade-in program terms and the Google Store terms mention the 30-day window. The Google Store says specifically that your “Refund is based on phone received matching the description provided at time of estimate and will be issued to form of payment used for order. Phones sent for trade in must be received within 30 days of initiation of trade-in process.” The Project Fi terms leave at least a little more wiggle room, suggesting that the 30-day window may not apply with pre-orders and that you’ll have “two weeks from when your new phone ships.” Remember, these two trade-in programs are supposed to be under the same terms.

I should also point out that reddit users are having issues getting a straight answer from anyone at Google Store support. Some reps are telling them that the 30-day window must be followed or they’ll need a new quote, while others have told them to just wait and send in their trade when their new Pixel 2 arrives. It’s kind of a mess.

Either way, Google may have screwed up by sending out these trade-in kits so early. Talk about a headache for all parties involved. Your best bet is to continue to ask Google Store support what the hell is going on. If we can offer clarification, we’ll update this post.

UPDATE October 11: Google appears to have added some time to trade-in value offers this morning and Tweeted that your estimate “is valid for 50 days, post purchase.” Here’s to hoping you all get your phones within 50 days and don’t have to deal with any extra stress.

Hey there! Trade-In estimate is valid for 50 days, post purchase. You can send your device later. It'll be assessed at current market value.

UPDATE October 12: After all of that confusion, Google reached out to us and said that they are updating the program so that the original price they quote is good for 30 days from the receipt of your new phone. Additionally, they are retroactively covering those who placed orders since October 4. So going forward, if your trade-in arrives to Google after 30 days, you’ll then receive market value.

As for the kits they provide, Google told us that they are drop-tested and have a failure rate of less than 1%. They said that they are similar to those used by other major carriers as well.

The kits are a joke

Outside of the early kit arrivals, the actual trade-in kit leaves a lot to be desired. Two readers of ours (plus more at reddit) noted that the return kit is nothing more than a 4×6 lightly padded envelope, along with a return label. In other words, this trade-in kit isn’t going to offer much protection for your phone should you send it back like this without additional cushioning. We were also told that the return label is for USPS (see below) rather than FedEx or UPS. As someone who has had enough issues with USPS over the years, I can’t exactly say that that option would thrill me.

At least one person was told by Google Support that they could slap the provided label on a box along with the phone in the included sleeve. If you plan to send in your phone for a trade, you should probably take them up on that to make sure your phone arrives at trade-in HQ the way you described it. 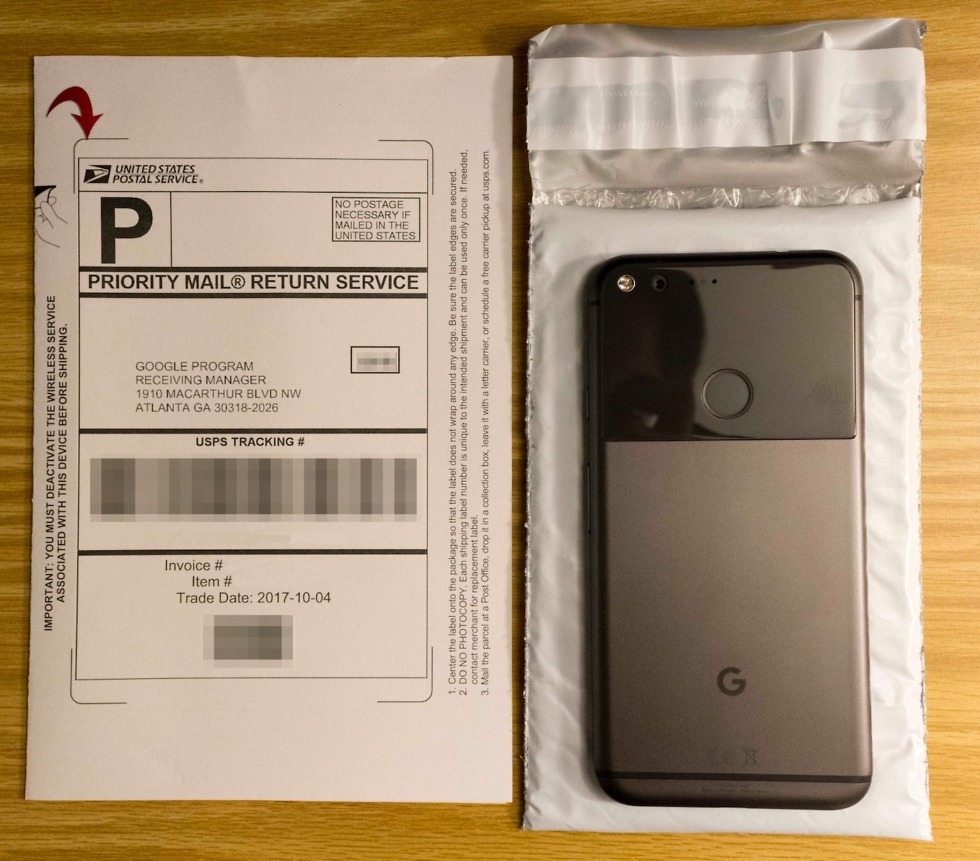 At this point, there is still a lot of confusion and we’ll do our best to help clear this all up. For now, you may want to reach out to the Google Store to confirm whether or not they’ll be able to honor your quote should your Pixel 2 order not arrive within 30 days. If anything, point to Project Fi support (found here) that talks about a 2-week buffer when pre-order phones arrive. Because again, the trade-in program terms (found here) cover both Google Store and Project Fi orders.