If you head over this morning to the Google Assistant website (and Google Assistant support) that shows an overview of the tool, you’ll find a section that lists out the platforms that Google Assistant is available on. The current list includes Google Home, your phone, your Android Wear watch, and your Android TV. It doesn’t currently include computers or Chromebooks. However, should you fire up Google Assistant on your phone at this moment and dive into its capabilities, you’ll surely find references to Chromebooks as being supported, which is interesting, because they aren’t actually supported yet.

You can see the reference below, which is just one of many. To find this, you can open up Google Assistant and tap on the Explore button (the blue button in the top right corner of Assistant). From there, scroll through the list of capabilities until you find “Games & Fun.” Swipe over in that group and tap on the “Chat with your Assistant” option and you’ll get to the page I’ve included here. 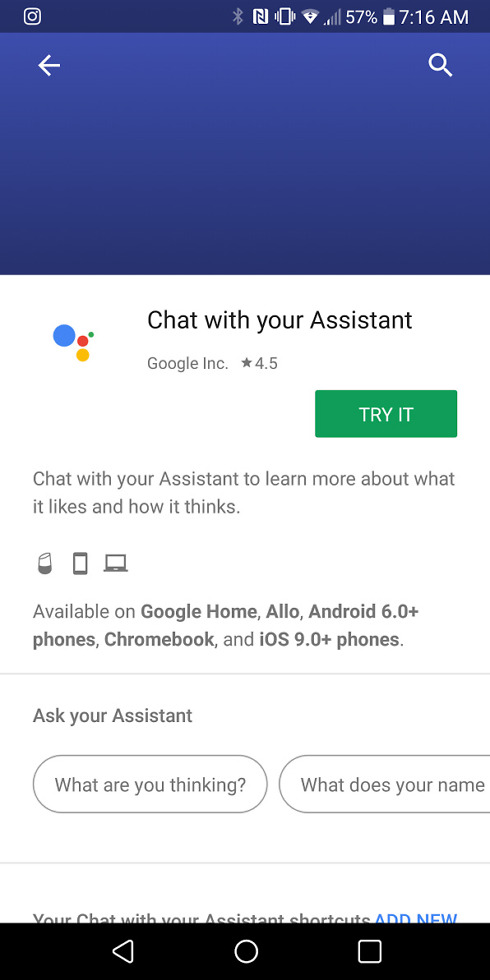 That screenshot says that Google Assistant is “Available on Google Home, Allo, Android 6.0+ phones, Chromebook, and iOS 9.0+ phones.” That’s pretty specific. It doesn’t say the “web” which could be in reference to Allo being on both the web and phones. It doesn’t say “desktop” either, as if the Assistant was coming to multiple desktop platforms, like Windows and Mac. It says “Chromebook.”

Who knows, maybe Google will unveil it with the new Pixelbook later this week, the one that we first unveiled a couple of weeks back? I can’t think of a better way to show off your shiny new (and expensive) Chromebook than with your Assistant powering many of its available moves.