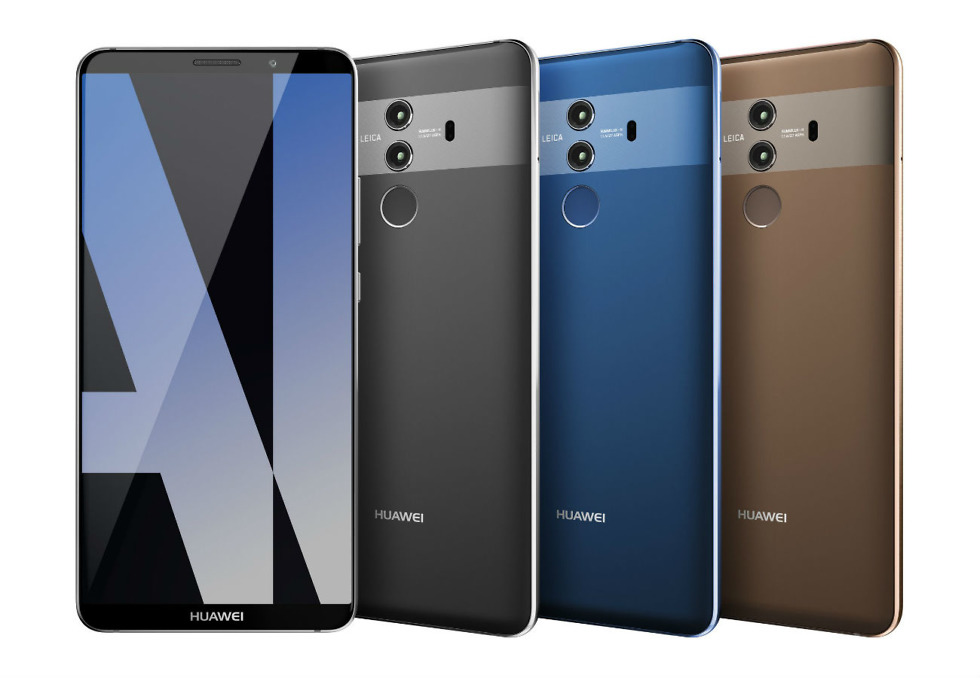 A high quality render of the Mate 10 Pro from Huawei has hit the web, courtesy of @evleaks. After glancing through comments on his tweet, this appears to be one of the most polarizing Android devices in some time, even though it doesn’t look all that weird to me.

On the backside we have a dual camera system, Leica branded, with a fingerprint reader sitting below that. The front is basically a massive display, with minimal top and bottom bezel. In terms of overall design, that’s about it.

For those who may think this device is odd looking, I suppose I get where you’re coming from. The back appears to have two massive camera sensors, with the circular fingerprint reader below that. It’s an odd look with so many circles, but considering those cameras are sure to be killer shooters, you won’t find me complaining. You may also not care for the differently colored band that goes across the backside. It’s different, but not terrible, right?

Huawei is expected to announce the Mate 10 lineup of devices later this month.