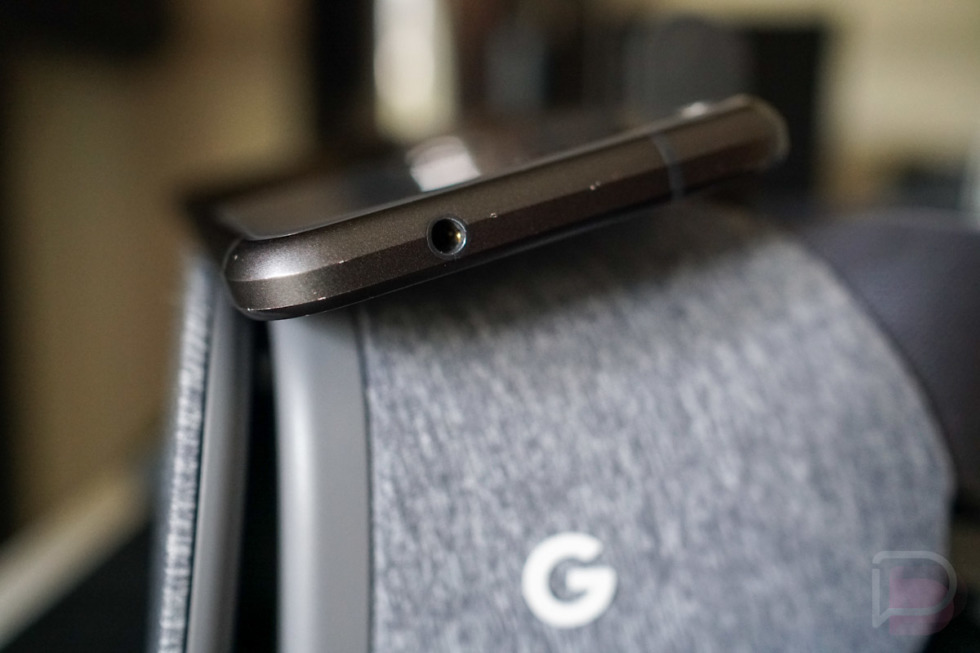 Include one, don’t include one. I don’t care. I don’t care because it’s just not that big of a deal. Like really, you are going to end a relationship with a company over a little 3.5mm port that they were probably putting in the wrong place to begin with (#bottomjacksonly)? You may skip what could be the best phone of the year because you ain’t about that dongle life? Because twice a year you need to charge your phone and wire in headphones at the same time? 🙄

And I consider myself somewhat of a music guy. I sit at a desk all day playing music through my office speakers or through the headphones attached to my computer. But even on those days I’m not in my office, well, my laptop also has a headphone jack, so there’s that I can use. Oh, and then when I’m walking around or traveling and dive into some tunes through my phone, yeah, my phone probably has one because most phones still do. If it doesn’t I’ll use the damn dongle that came with it to play music through whatever janky port is there. If not, I’ll just use the included earbuds that work with said janky port. Or hell, I’ll buy some Bluetooth earbuds or those silly ass AirPod things or whatever. There are countless ways to go about this music and headphone situation. The removal of a headphone jack, to me at least, is not worth complaining about for the next five years or passing on the best phones.

If I’m an Apple guy, I’d complain about the low-res screen I’ve been stuck with or the slowness of advanced software feature adoptions when compared to Android. If I’m an HTC U11 bro, I’d complain about the fingerprint magnet mirror coating or lack of availability or 2007-ish design. If I’m considering becoming a future Pixel 2 dude, I’d hope for perfectly-working Bluetooth (finally), a non-flawed camera lens without excessive lens flare, and water resistance. But Jesus, never-ending headphone jack complaints? These phones still play music just fine over headphones. You may not know that listening to the never-ending media crying over the missing port because it must be a slow news year. But yeah, your headphones, in some way or another, still work with phones without headphone jacks. Crazy, right?

“But removing them is so user hostile, Kellen!” Yes, that kind of is! That really is, actually. Up front, it seems like a sh*tty move by phone manufacturers since we all already own headphones and a 3.5mm port doesn’t really take up that much space. But again, there are how many different ways to get around this? Dongle. Included buds. Bluetooth buds. Fancy wireless ones. Oh, you lost a dongle? Here’s a 2-pack for $10.

Technology changes, industries move in different ways, and things sometimes suck for a while as that all happens because we all hate change. Is the death of the headphone jack a move that will provide additional benefits down the line? That’s a good question and the answer is probably, “No!” There actually isn’t much of a reason right now that any of us can tell for companies to be removing the headphone jack. Is that inconvenient af? Yep! Am I going to pass on a phone because of that? Nope!

The Google Pixel phones will likely be the best Android phones of the year and it’ll have nothing to do with their headphone jack situation. They’ll be that good because they’ll have industry-topping cameras, the best software experience of any Android phone, they’ll get security patches each month, and they’ll see new Android features before anyone else. I’d imagine that iPhone users, while they’d prefer to have a 3.5mm headphone jack, aren’t about to skip the iPhone 8 just like they didn’t skip the iPhone 7 over having to use a dongle. And that’s because the iPhone does all of the other things they want it to do the way they need it to.

Disappearing headphone jacks – I don’t give a sh*t.