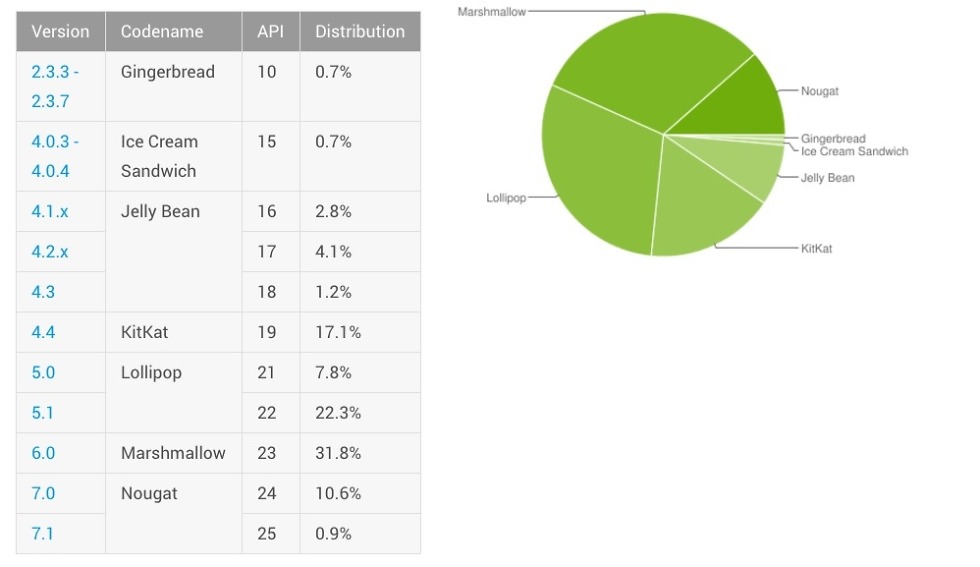 We’ve got new Android distribution numbers to start the month of July and they show Nougat jumping into double digits for the first time, now sitting at 11.5% of the Android pie. Man, we made it. Good job, everyone. This was a team effort that involved buying Google’s phones to avoid an 8-month donut, while waiting patiently for the rest of the world to act like they care about supporting the devices they sell to other humans.