It is now May and we are closing in on HTC’s May 16 event where the company is pretty much confirmed to unveil the U 11 (aka HTC U). This morning, a digital copy of the U 11’s retail packaging, the one that showcases all of the device’s specs, has been uploaded to the web for all to look at.

With this list, the U11 certainly sounds like a contender in 2017, but in true HTC fashion, it is lacking one somewhat important thing – a better IP rating. IP67 and 68 are becoming the standard for a lot of phones, and at just IP57, the U 11 won’t protect you as well as other devices. However, this could be because HTC has BoomSound, and when you pack in those big ol’ speakers, it’s hard to keep resistance high. Regardless of how I feel, I know there are plenty of BoomSound fans, so I won’t be too critical.

Thoughts on these specs? 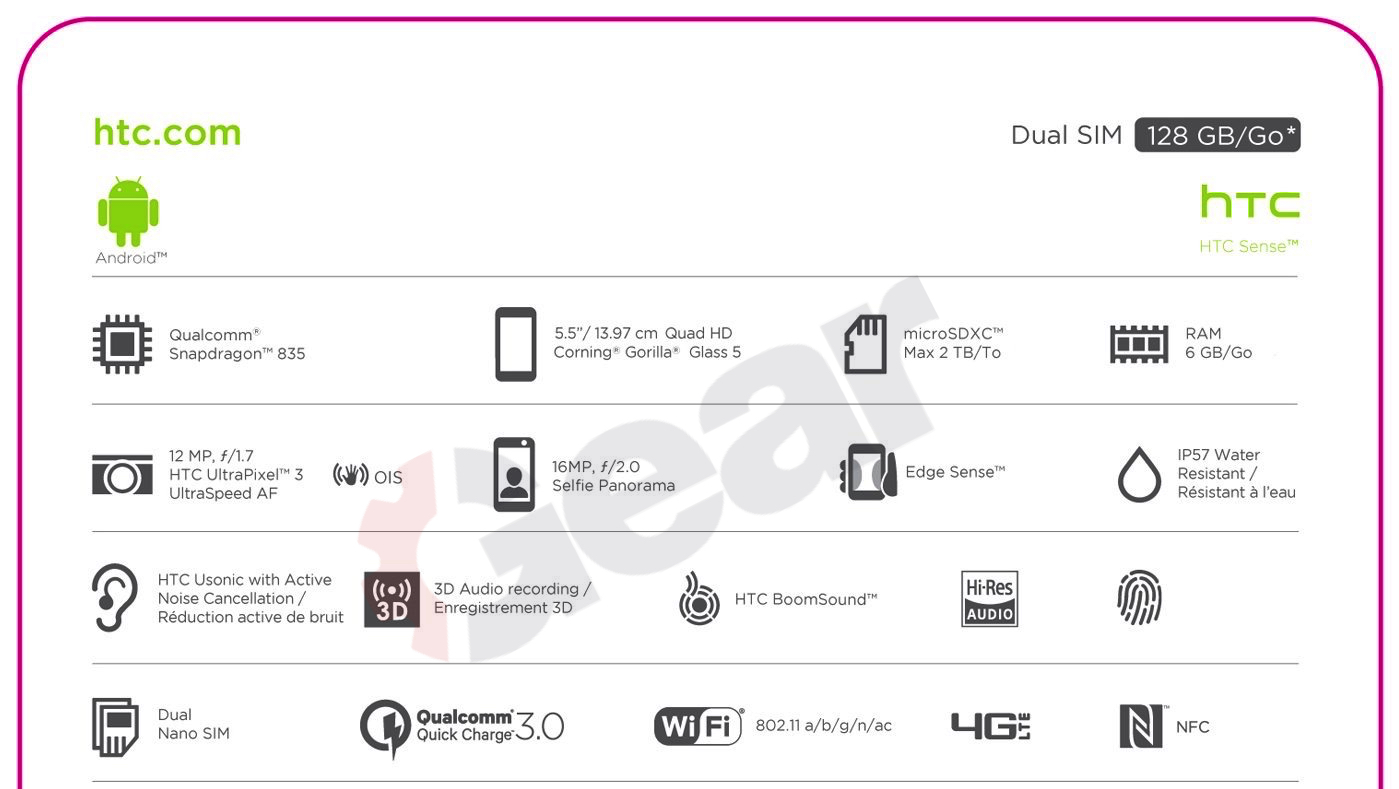