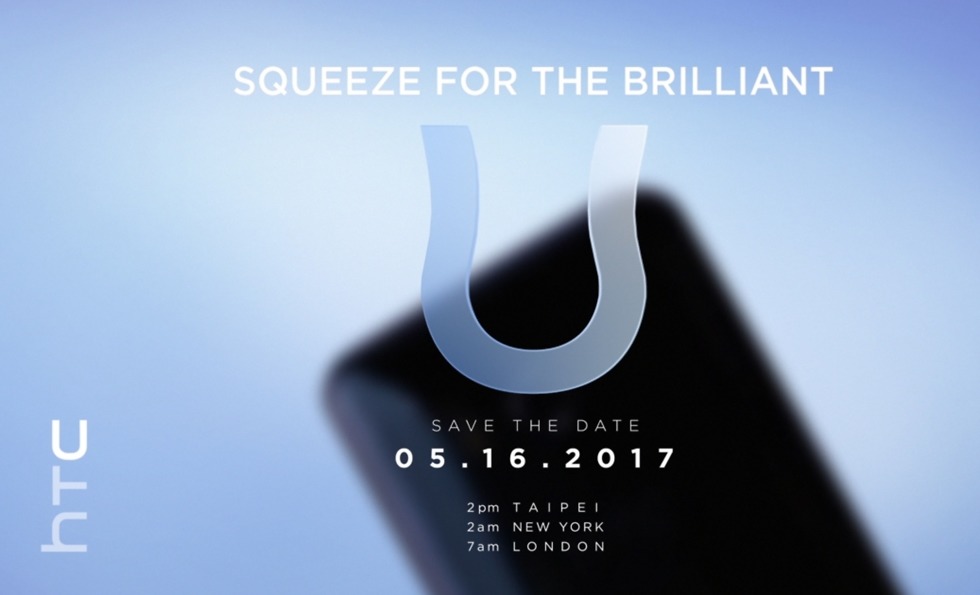 On May 16, at an even in Taipei, Taiwan, HTC will announce its next U phone. We believe it will be called the HTC U even if HTC hasn’t fully revealed that in a “Save the Date” they sent us last night.

The teaser they sent does show a big “U,” along with “Squeeze for the brilliant” quote. That, of course, is in reference to the phone’s squeezy sides that allow you to perform actions, like unlock your phone or fire open Google Assistant or launch the camera.

HTC has put some type of sensor in the sides of the HTC U that allows it to recognize pressure. With a short squeeze of the phone, you could trigger one action, while a longer squeeze could do something else. That’s kind of cool, though I’m not sure I would build an entire smartphone just to talk about it being squeezy. Maybe there’s more to this! Open mind, Kellen!

HTC’s event to unveil the HTC U will kick off at 2AM on May 16 or 11PM here on the west coast. It’ll be streamed.

UPDATE: Here is a teaser video.