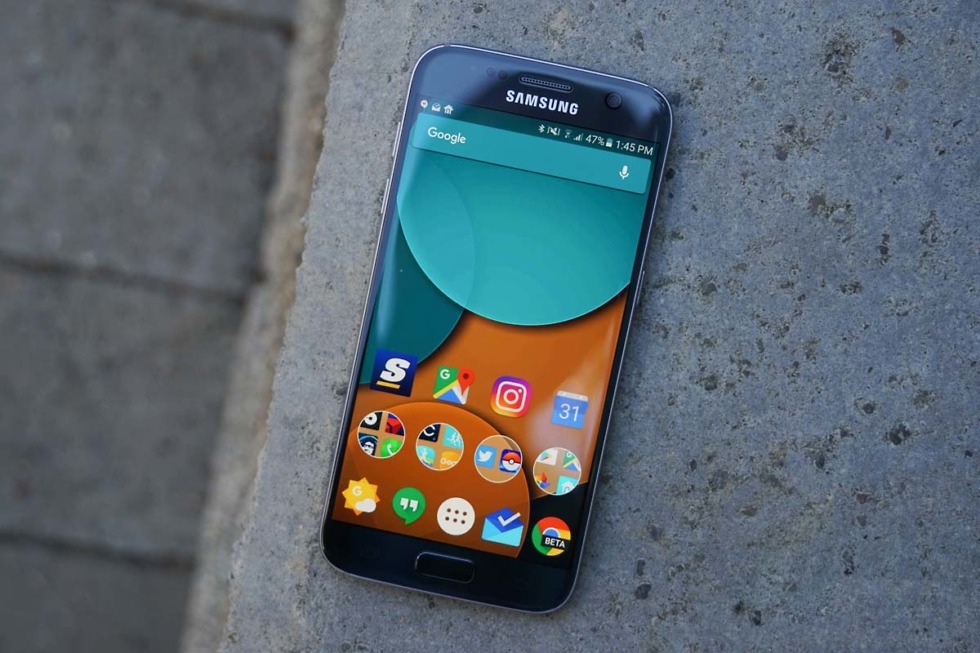 According to a report out of Bloomberg, the Samsung Galaxy S8 and Galaxy S8 Edge will sport all-screen front designs, much like Xiaomi introduced with their new Mi Mix phone. We’re talking mostly bezel-less designs that laugh at companies who have bragged in the past about screen-to-bezel ratios. Today’s report also predicts a potential delay in the launch of each, along with a couple of other features like the end of physical home buttons.

Specifically, sources claim that the S8 and S8 Edge are to have wrap-around AMOLED displays, likely similar to what we saw on the Galaxy Note 7, but with even less top and bottom bezel. At least, that’s how we’re taking “all-screen” design to mean. If you used a Note 7 during its brief life, the edge-to-edge curved display was like nothing we had seen before it, only it still featured the typical top and bottom bezel areas.

This report also suggests that Samsung will ditch the physical home button and instead embed a “virtual” button under the glass of the phone. So wait, that would mean on-screen buttons, no? I’ll take Samsung design and hardware with a new on-screen button setup any day of the week, especially if that design also means an underglass ultrasonic fingerprint reader like we saw from Xiaomi only a few months back.

Additionally, Bloomberg is under the impression that the S8 will run a Snapdragon 835, which would make a lot of sense since Qualcomm has asked Samsung to produce the chipset.

Finally, because of the supposedly tougher testing that Samsung will incorporate in their phone production after the Galaxy Note 7 mistakenly created its own mobile bomb market, there is a chance that Samsung misses their typical March launch window and aims for April instead.

All of this is unconfirmed, of course, because we are still months from launch. With that said, the reports and leaks sure are starting to flow as we close in on the end of 2016.

Excited? How can you not be?