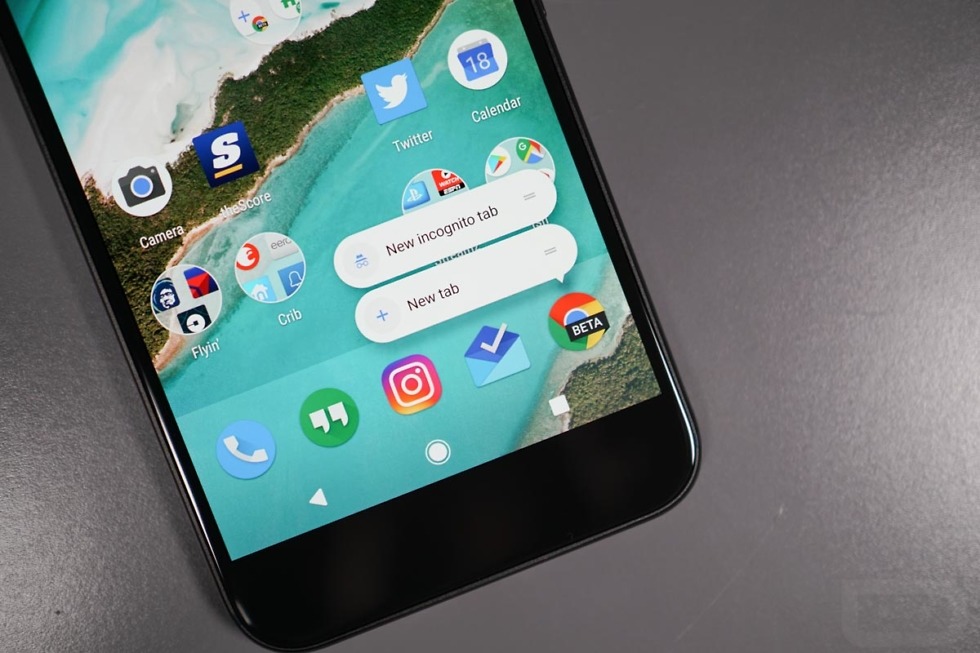 Within the next week or two, Android 7.1 will move outside of the Pixel phones and onto the Nexus 6P and Nexus 5X, through the Android Beta program. Google is calling the update “incremental,” which is an accurate way to describe it since there aren’t any massive changes. Still, there is at least one new feature included that adds some new functionality – App Shortcuts. Let’s take a look at them.

What are App Shortcuts? They are shortcuts that take users to a specific spot or action of an app that are revealed with a long-press on a app icon within a launcher or on the home screen. That’s a long-winded explanation I know. For example, long-pressing on Google Maps from your home screen or app drawer brings up App Shortcuts for Home and Work navigation, assuming you have those set. You could long-press on Chrome to see shortcuts for opening new tabs or incognito windows. You can also long-press the camera to find a shortcut for taking a selfie. My favorite might be the long-press on Google Play to see a shortcut that jumps you directly into My Apps.

To see what these look like, we have both screenshots and a video for you below. 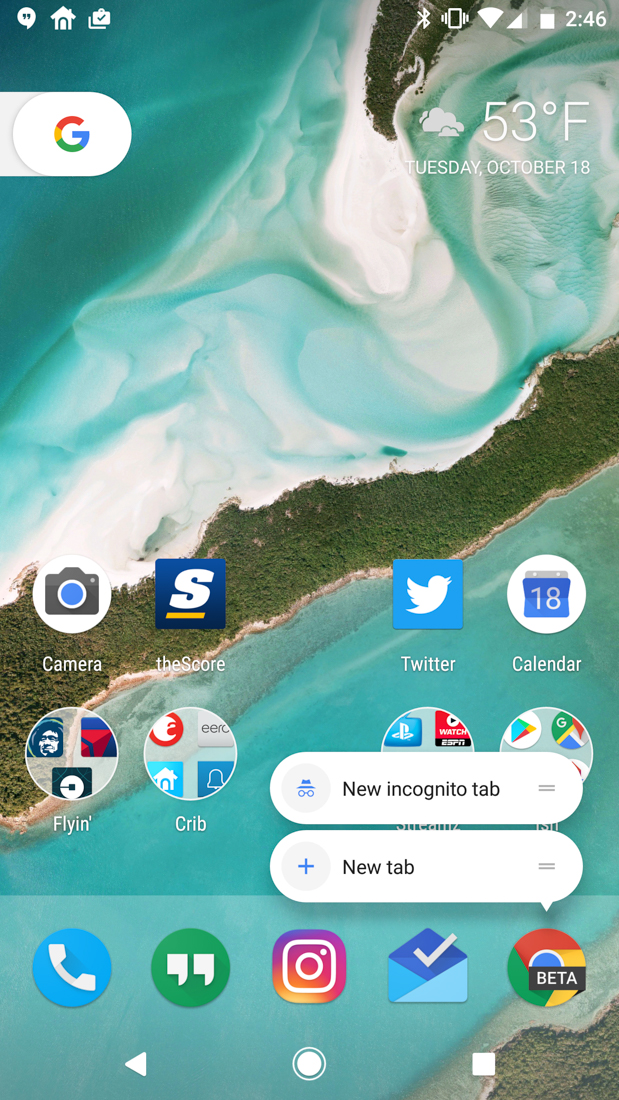 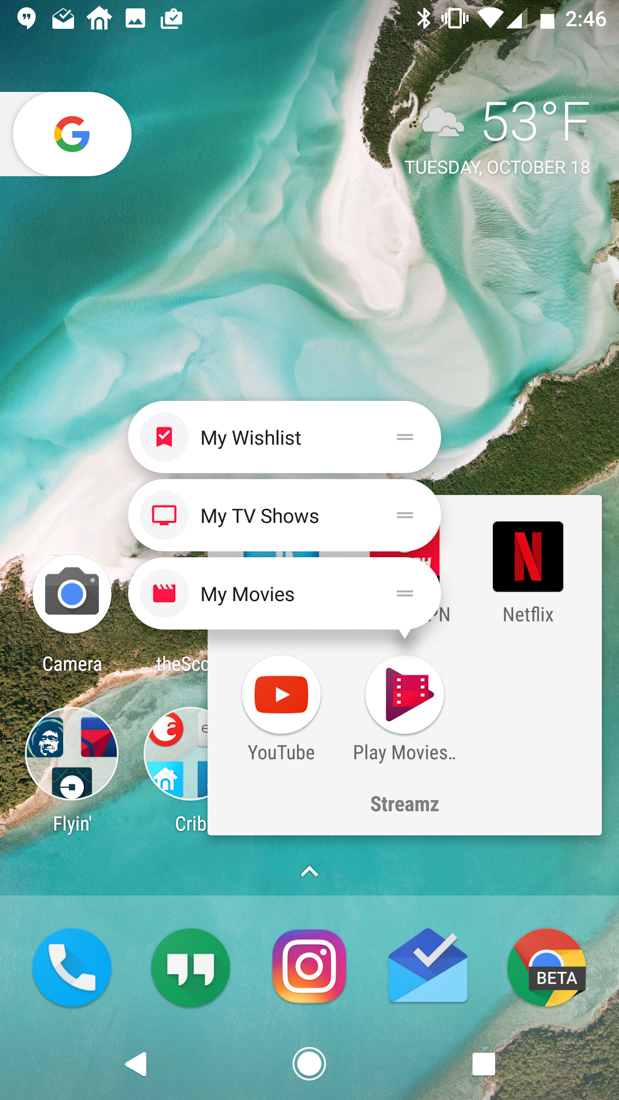 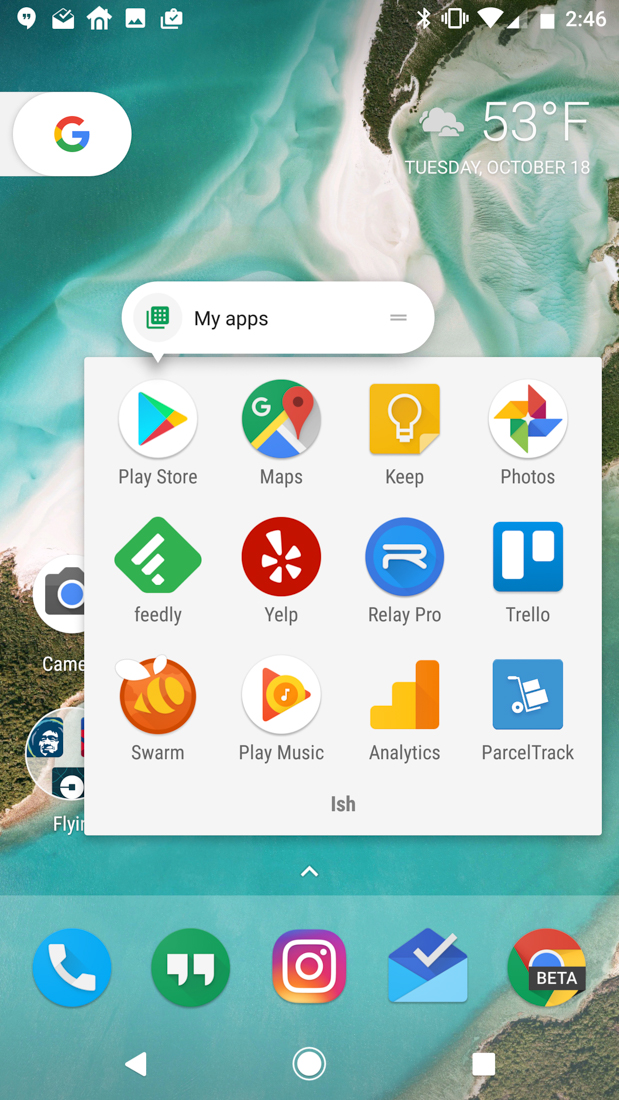 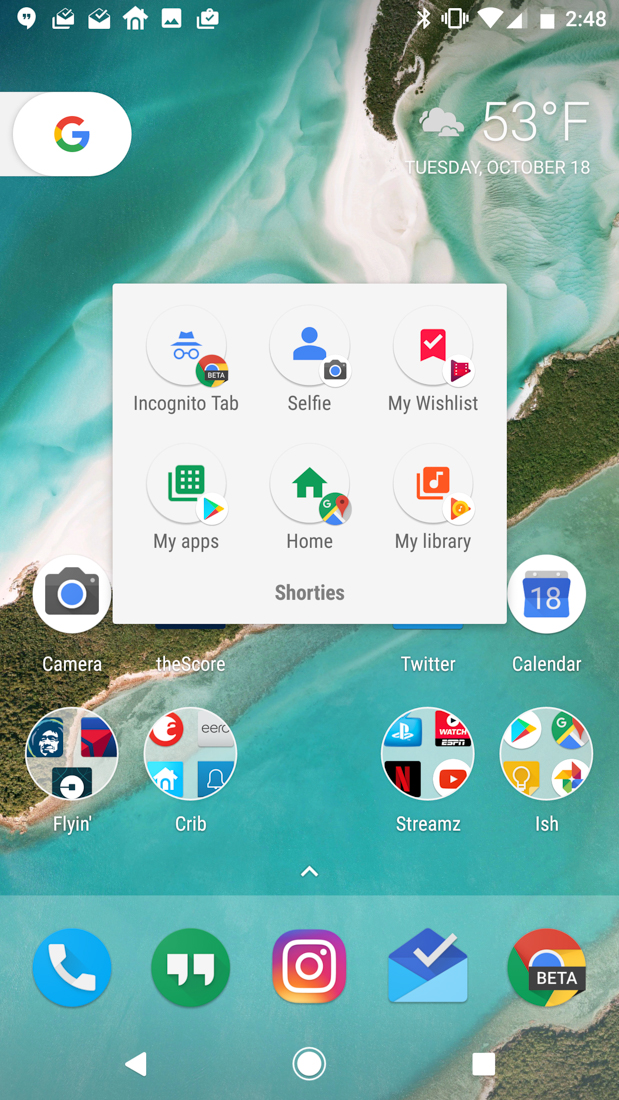 One of the underrated aspects to App Shortcuts is the fact you can grab these shortcuts and drop them on your home screen for even quicker access. Take a look at the screenshot above to the far right. That is an entire folder of App Shortcuts that could get me into often-used features of those specific apps. Pretty cool, right?

Wait, so how do you move icons around? Simple. App Shortcuts are activated with a long-press and release. If you want to move an icon, you long-press and drag, even as the Shortcuts attempt to appear. (If that doesn’t make sense either, just watch the video.)

Now, while this is a cool addition to Android 7.1, it won’t be that cool unless developers start adding App Shortcuts to their apps. As of right now, Google is about the only one supporting them. Of course, that could change once 7.1 goes public and starts arriving on more devices.

Oh, did I forget to mention that people will try to compare App Shortcuts to Apple’s 3D Touch? Well, these aren’t really anything like 3D Touch. This is Google using the Android long-press to extend functionality in the launcher experience. That’s it.