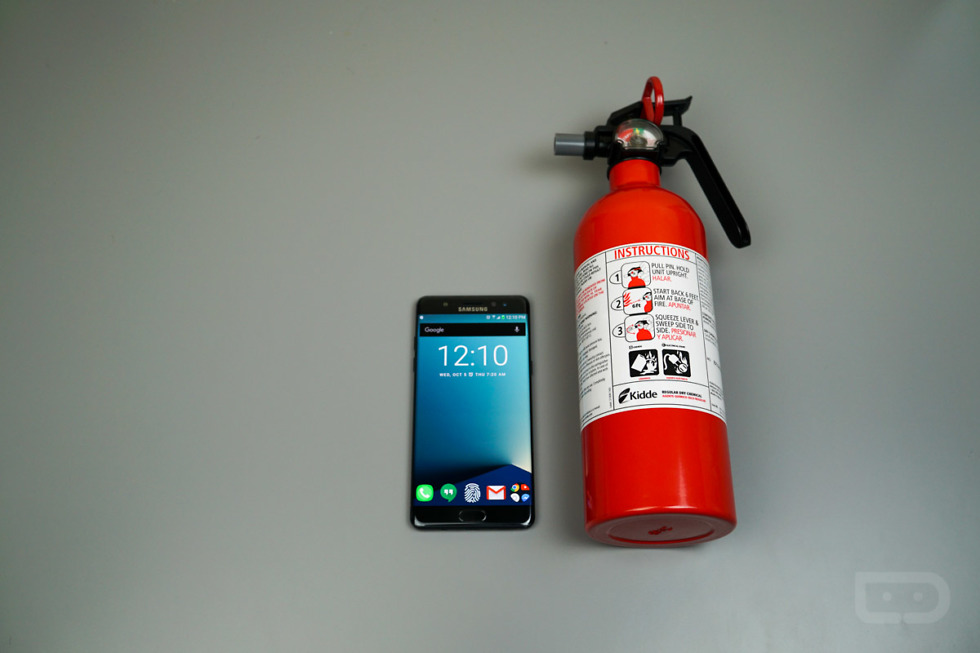 According to a report from The Verge, a replacement Galaxy Note 7 caused evacuation of a Southwest flight departing Louisville, KY this morning. Still in the boarding process, the owner, Brian Green, was asked by flight attendants to turn off his cellphone, but then the unexpected happened.

Once powered down, the device began to smoke, at which point Green dropped the phone to the floor of the cabin. Green states that the phone was letting off a, “thick grey-green angry smoke.” Apparently, a colleague of Green went back onto the flight to grab belongings and was able to snap a photo of the device as it was burning its way through the airplane’s carpet.

Due to the incident, the flight was canceled and Southwest rebooked passengers on later flights. 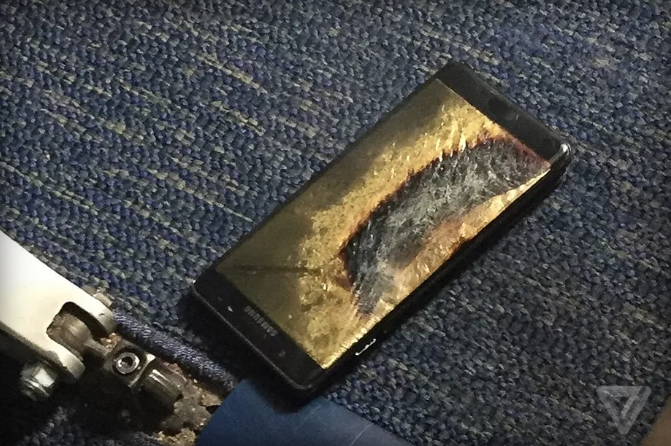 Now, exploding Galaxy Note 7 phones aren’t exactly breaking news anymore, but the issue is that this particular device is reported to be a replacement for a recalled unit. According to the owner, this replacement unit was picked up at an AT&T store on September 21, right when replacement models were being shipped out by Samsung. The ways to check if your Galaxy Note 7 is safe would be the green battery icon, as well as a black square symbol on the replacement device’s box. Apparently, this phone had both of those, meaning it should not have been at risk of explosion. Not only that, but Green checked the IMEI in Samsung’s system, which states the phone is “NOT” on the list of affected units.

Samsung has yet to issue a statement on the matter, but given we have a canceled domestic flight possibly due to a replacement device for a recalled smartphone, you better believe the company should look to meet this head-on.

Folks, I hate to say it, but if you own a Galaxy Note 7, you might just want to return it if possible. Owning this phone is simply not worth the risk.

Update: A statement was provided by Samsung to The Verge.

Until we are able to retrieve the device, we cannot confirm that this incident involves the new Note7. We are working with the authorities and Southwest now to recover the device and confirm the cause. Once we have examined the device we will have more information to share.