Back in November, Verizon began raising the price of unlimited data plans from $29.99 per month to $49.99 per month. That $20 hike has or will have happened to almost everyone with an unlimited data plan by the end of August, as far as we can tell, through a three phase process that has almost completed. Many of you took the increase as the final straw to quitting Verizon and are enjoying wireless life elsewhere. But some of you also hung on, accepting the fact that $50 is still probably an OK deal for true, non-throttled unlimited data when compared to other carriers.

When the initial $20 increase arrived, we passed along word of a way to upgrade without losing your unlimited data going forward. Verizon said that as long as you upgraded through a device payment plan, your unlimited data plan was yours to keep. And that’s still true today.

Upgrading with a device payment plan

You can login to your Verizon account, find the phone you want, and choose to upgrade to it with a device payment plan. As you walk through the checkout process, not once will Verizon ask you to change plans, but they will constantly show you that you have the “Unlimited Email & Web for Smartphones” data package that now costs $49.99.

This is what your screen will look like just before you send off payment. 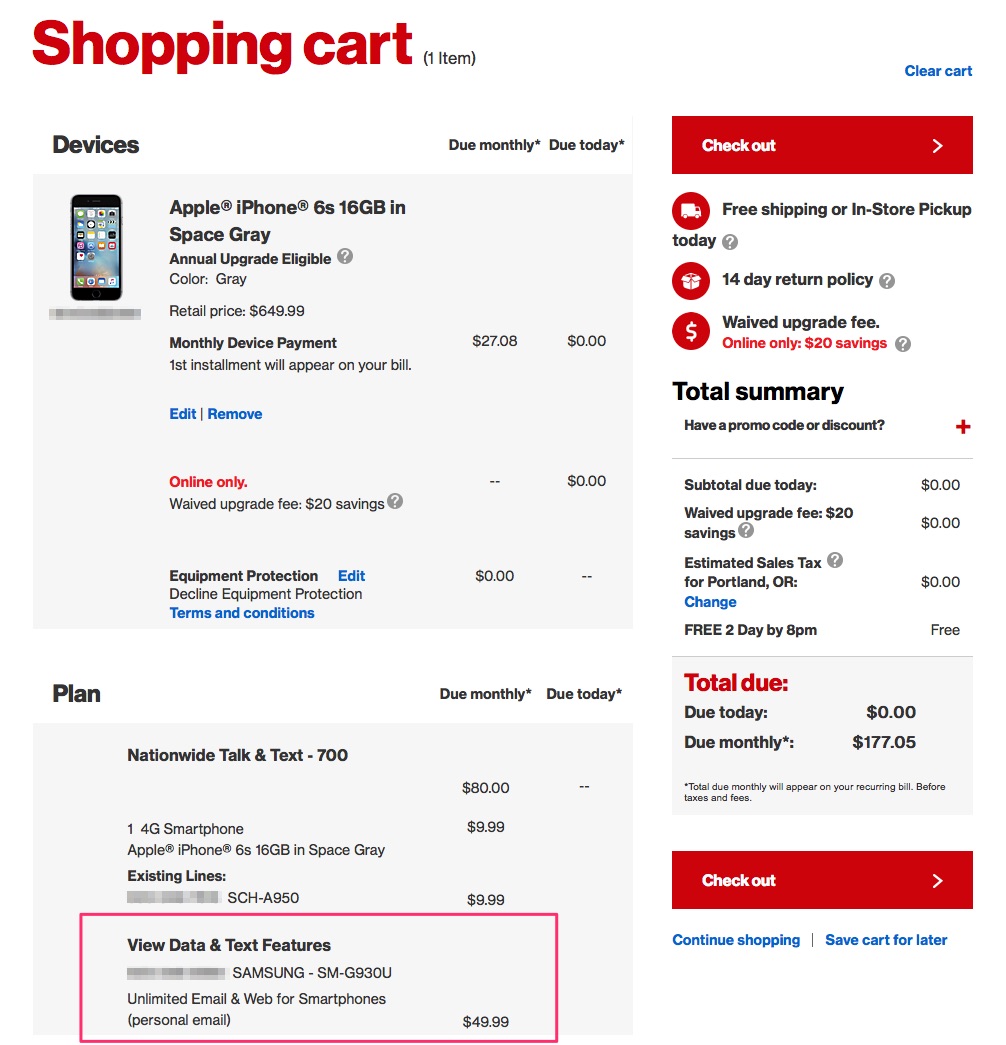 The whole process is as easy as you would hope and does indeed get you into a new phone without losing unlimited data.

What about upgrades with a 2-year contract?

In recent months, a couple of readers have pointed out the fact that they also seem to be able to upgrade by signing a new 2-year contract. We haven’t been able to fully confirm with any that this is actually possible, so we decided to give it a shot and see if that was true. Our conclusion, at least at this moment is, we aren’t sure, but maybe!

I was able to walk through the entire process of upgrading on a new 2-year contract for a Galaxy S7 Edge and keep my $49.99 unlimited data package at the checkout stage, through to the payment stage. This is what my shopping cart looks like just before payment. 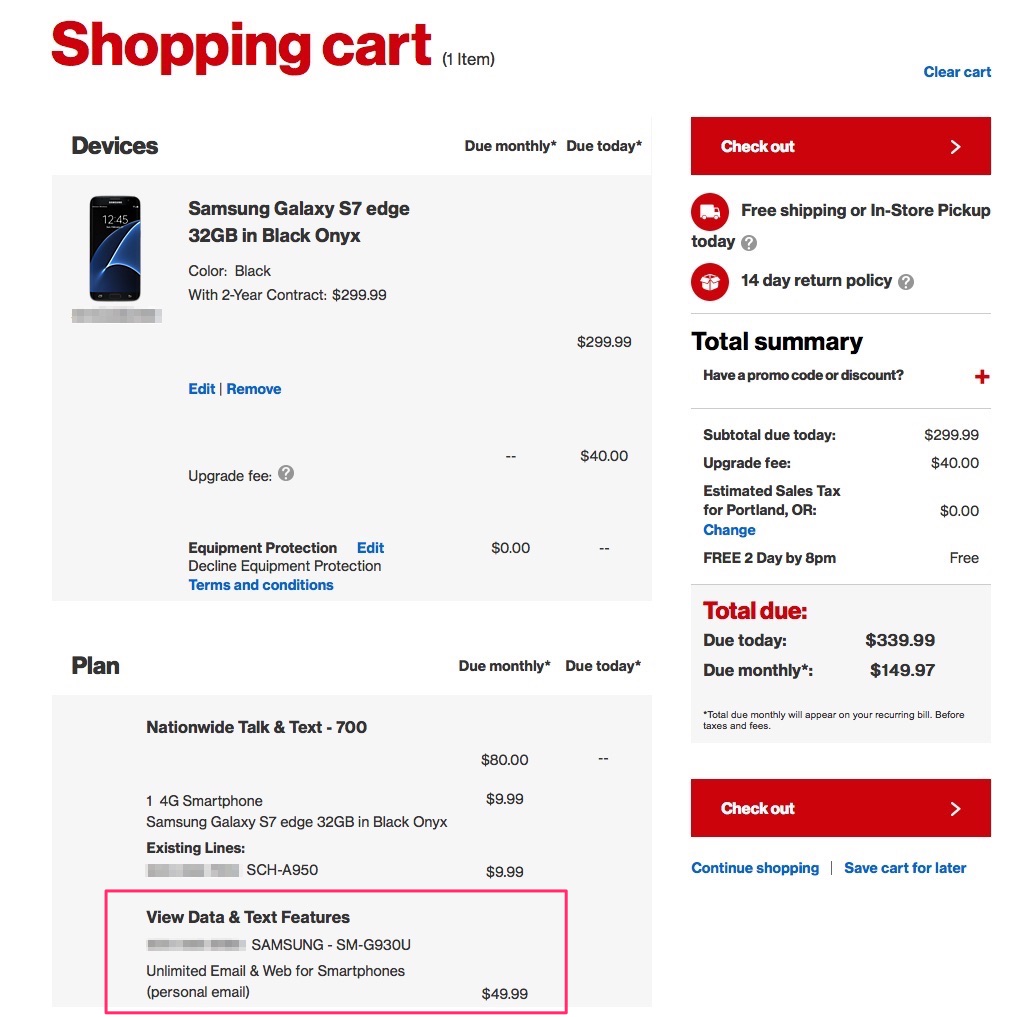 See that pink box? That is Verizon apparently letting me keep unlimited data data while still signing up for a 2-year contract.

But here is where it gets tricky. For one, Verizon has never said that 2-year contracts are back as unlimited data options. (We’ve reached out to Verizon to see if anything has changed and will update this post accordingly if it has.) Two, there is a single prompt during the checkout process that makes this somewhat risky or at the very list, confusing. 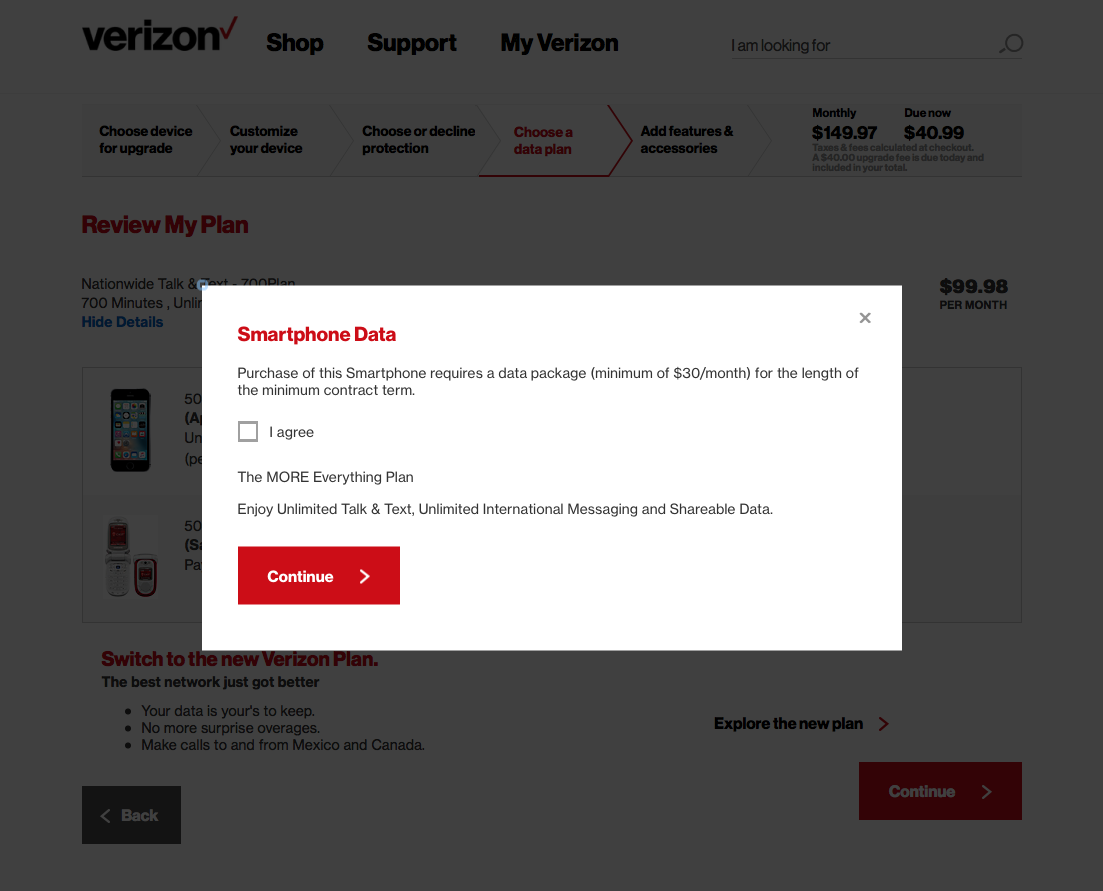 The prompt (which isn’t there during the device payment checkout process) is telling me that I need a data plan to move forward, shows a checkbox about agreeing to that idea, and then mentions something about Verizon’s old MORE Everything plan, which doesn’t exist anymore as far as I know. As you move through the rest of the process, though, your unlimited plan sticks all of the way to checkout. The risk here is in the fact that this specific prompt is a part of the process. I don’t want to get too deep into that, but by accepting that prompt and then upgrading with a contract, that could be enough for your unlimited plan to disappear and a cheap $30 tiered plan to take its place. Should that happen, it would be a headache to have to do whatever it takes to return the phone and get your plan back to where you want it.

I haven’t pressed the button to formally pay while doing this, since I don’t exactly need to upgrade at the moment, but from what I can tell, Verizon’s online system will let you upgrade with a 2-year contract and keep unlimited data. Here are two last screenshots that appear to show as much. Neither shows the data plan listed on the final sales page, but they do indeed both factor in the $49.99 unlimited data plan, not a $30 tiered planned that was referenced at one point during the 2-year contract upgrade process.

Because I haven’t been able to 100% confirm, I’ll have to leave it to you, dear fellow unlimited keepers, to share your experiences with this process and whether or not it worked. Jump into the comments and let the rest of us know how the process went, if you signed a new contract, and whether or not your unlimited plan stuck.

Finally, as I mentioned above, we have reached out to Verizon for confirmation and will update this post if we hear back.

Verizon, once they added on a $20 price increase to unlimited data plans, gave you the option to upgrade with a device payment plan and keep your unlimited data plan going forward. That much is 100% confirmed and official and will work this very minute.

With that said, it appears that Verizon may have softened (or there is a bug in their system that we just pointed out) and given the option for 2-year contract upgrades as well, though we are still waiting for official word on that.