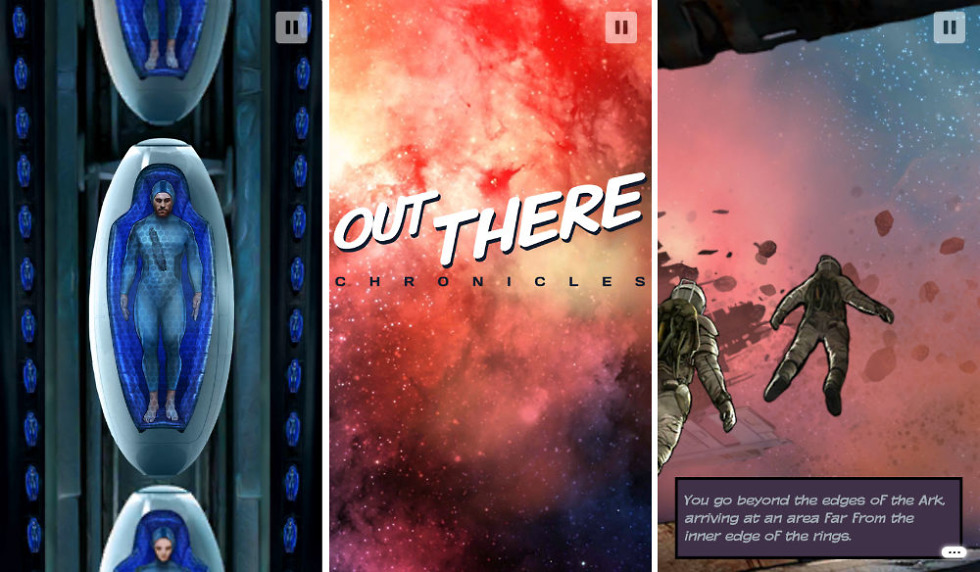 For fans of the game Out There, a new title from the same creators has been released to Google Play. The title isn’t a game, but is an interactive graphic novel of sorts that is based in the same universe as the original Out There. Called Out There Chronicles, the story follows Darius, a human from Earth that escaped the planet during a time of great war. Recovered from an Ark which carried remnants of the human race, Darius’ new mission is to find the location of his lost companions, while also trying not to die in an alien galaxy.

While playing, you will meet many different people, including humans living on a small moon named America, as well as plenty of alien creatures. To master this title, you will need to have patience and a wanting to learn everything you can from those you interact with. I can’t tell you much, as I don’t want to spoil anything, but be sure to always read and listen to what those you speak with have to say.

As you will discover, most of your actions will have a direct impact on your outcome. While I don’t believe there are alternate endings (I haven’t completed the game), it is quite easy to make a wrong decision and die as a consequence, starting you back at a checkpoint.

If you are a fan of space in general, or love the original Out There game, this title will suit you nicely.