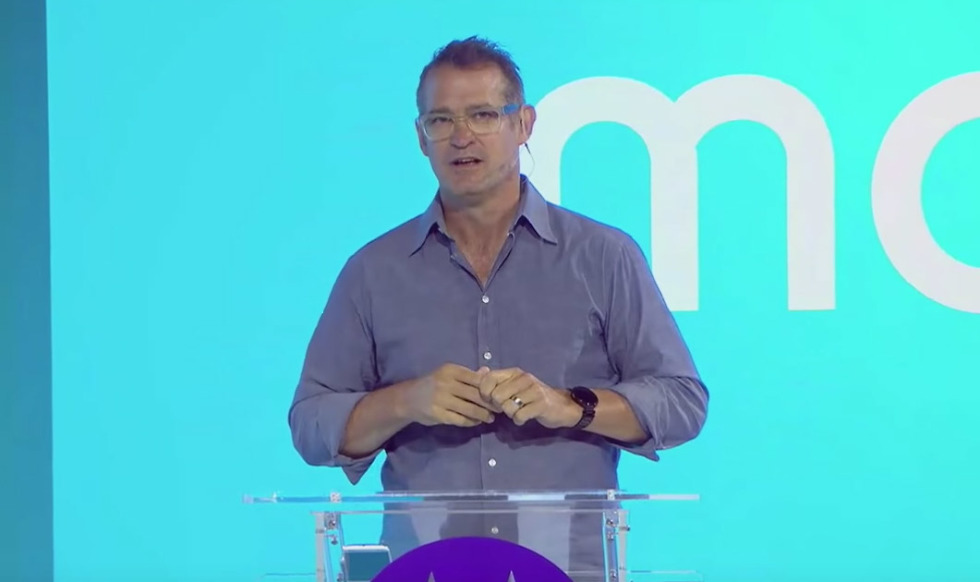 That guy, right there, is Jim Wicks. You may not know him by name, but you certainly will know him by his work. This was the man at Motorola responsible for leading the company’s design, which means the RAZR and Moto 360 were all created under his watch (Ooh, pun!). He also led the charge through a number of DROID devices and more than likely, the Moto X line. Jim Wicks was a big deal at Motorola and in the consumer electronics industry.

I say “was” because he’s out at Motorola. Wicks was one of the last remaining big names at Moto(rola) since the company was sold by Google to Lenovo. In fact, I don’t know who is left any longer. Ashton Kutcher, I guess? Either way, losing Wicks, like Rich Osterloh who went back to Google to head up a new hardware team, is a tough one for Moto.

After spending a good 15 years at Motorola (since 2001), Wicks is heading over to Northwestern University to teach design courses and mentor student design teams.

Lenovo says that Ruben Castano will take over Wicks’ design duties. Castano was been with the company since 2005.