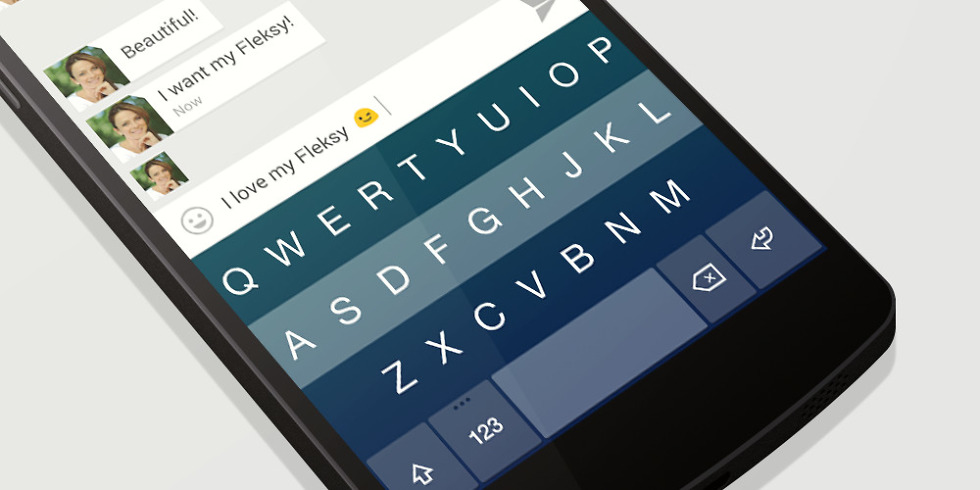 “I can’t help but think this feels a lot like the silent abandonment that comes with a company being acquired.”

That was the statement I left you with last week when we talked about the sudden silence of Fleksy as rumors swirled of them abandoning the app. From their dead support site to the lack of updates and general quietness on previously active social media accounts, it made sense that Fleksy was about to be (or had been) acquired by someone. Today, Fleksy announced that they have indeed been acquired and the company who has done so is Pinterest.

To be clear, though, Fleksy’s technology is not exactly being acquired, but rather the man (and some of the team) behind Fleksy. According to a press release announcing the acquisition, Pinterest says that they are bringing Fleksy CEO Kosta Eleftheriou over to join the product engineering team and that the keyboard app and technology isn’t coming with.

So what does that mean for Fleksy? The keyboard will still live on through iOS and Android, but updates going forward will be minimal and limited. The app will soon be open-sourced so that the community or developers can do more with it, though.

What does Pinterest want with Fleksy’s staff? About half of Fleksy’s staff is coming to Pinterest to work on “a variety of mobile focused projects such as growth, core consumer features, and platform. infrastructure.”

So, yeah, Fleksy has essentially been acquired, just like we suggested last week.

San Francisco, CA, June 15, 2016 — Today we’re announcing that the team behind smart keyboard app Fleksy is joining Pinterest. Fleksy founder and CEO Kosta Eleftheriou will join the product engineering team. While Pinterest is not acquiring the technology, the app will continue to run for the foreseeable future. You can find Fleksy’s note to their community here.

Fleksy first launched in the iOS store as a standalone app for their community of blind users – at a time when 3rd partykeyboards were not yet supported on the platform. Fleksy will soon open-source some of the app’s accessibility components that are helpful to the blind and visually impaired community. More updates to come.

Statement from Scott Goodson, Head of Core Experience, Pinterest: “Pinterest is intensely focused on refining the mobile experiences that make it possible to flow effortlessly through our catalog of ideas — on any device, any place in the world. The Fleksy team is made up of truly noteworthy engineers and world experts in their areas. These technical artists have a history of developing architecturally innovative, highly

Statement from Kosta Eleftheriou, Fleksy Founder & CEO: “We’re excited to join the world-class team at Pinterest where we’ll continue working on intuitive content discovery experiences on mobile. We’ll be bringing our expertise on both iOS and Android to join Pinterest in developing the most robust, beautiful and engaging ways to help people discover ideas.”