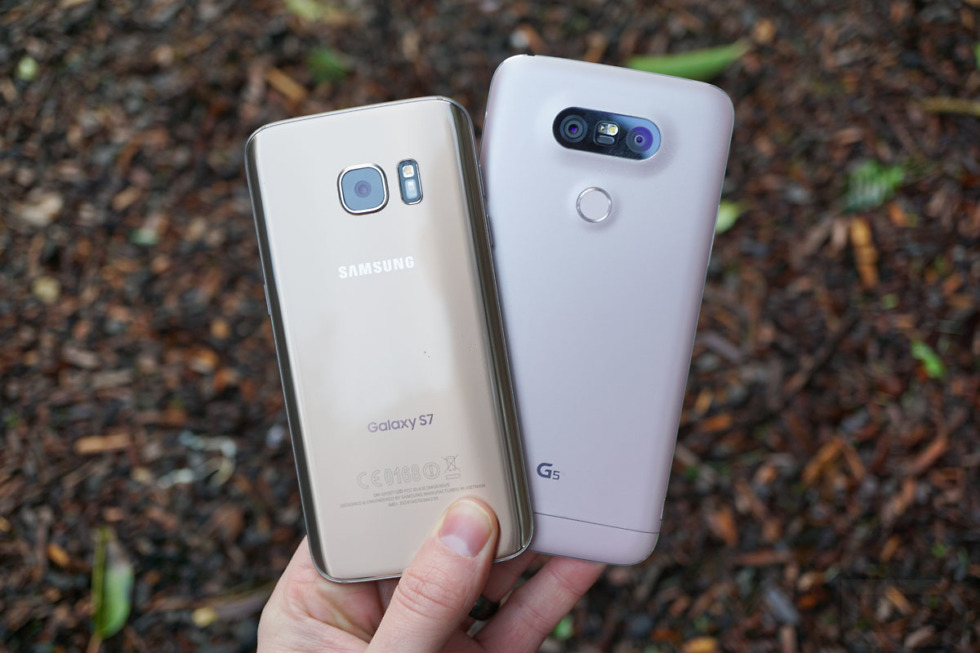 Over the weekend, we received an LG G5 and took it for a quick 2nd look, non-unboxing overview, after spending a solid 24 hours with it. Today, we’re taking a look at how it compares to the Galaxy S7, since these really are the two flagship devices of substance for the first half of 2016. Deciding between the two isn’t going to be easy, even if many of you can’t stand that G5 camera hump.

In this video, which is somewhat lengthy, we dive into the design of each, how their specs match-up, the big differences in features (water resistance, removable battery, etc.), a look at their very similar software, and some overall opinions on fingerprint sensor location, in-hand feel, and more.

We’ll have more coverage soon, including reviews of each. For now, let’s get to comparing.