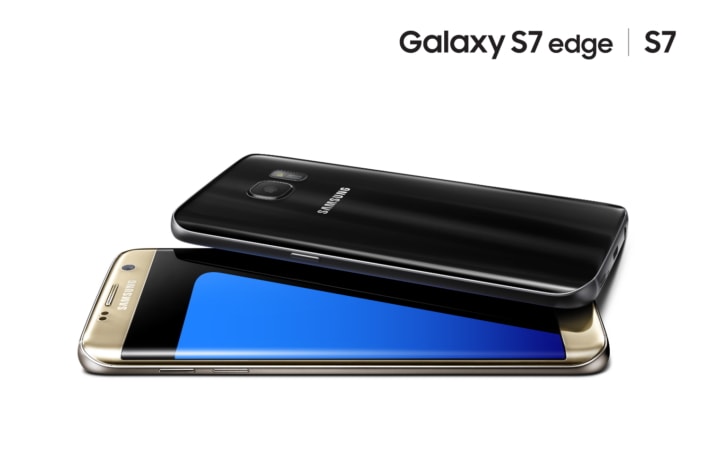 The Samsung Galaxy S7 and Galaxy S7 Edge are now official! Most of the details for each have leaked over past few weeks, but that doesn’t mean we can’t clarify it all. So, we have a “refined design, more advanced camera, streamlined software functionality, and unparalleled connectivity” over last year’s phones.

The Galaxy S7 Edge isn’t much different, but it does have the bigger 5.5-inch Quad HD Super AMOLED display with dual edges and a bigger 3600mAh battery. The rest is the same.

What else is new, though? Well, the cameras are Dual Pixel, which Samsung says should provide brighter and sharper images in low light. Because they shoot in bigger pixels and with a brighter lens with a wider aperture, along with a faster shutter speed, you shouldn’t miss a shot. Samsung also added an always-on display, so you don’t have to touch your phone to get the time or see if you have missed calls/notifications.

As you probably noticed from the short specs list, Samsung brought back the microSD card with support up to 200GB cards and water and dust resistance at IP68.

Each phone will be available in black, silver, white, and gold.

Samsung says that the S7 and S7 Edge will be available starting in mid-March, but carriers in the US are announcing March 11 as the day. Pre-orders will open on February 23. Here is all of the Galaxy S7 release date info.

Samsung Unveils Next Generation Smartphones at the Core of its Connected Galaxy Experience
February 22, 2016

“We believe in a world that is brighter, sharper, more convenient, and more fun. We strive to deliver on that vision with the Galaxy S7 and Galaxy S7 edge by marrying elegant design with functionality and providing a seamless mobile experience,” said DJ Koh, President of Mobile Communications Business, Samsung Electronics. “We empower consumers with technology to help them get more out of life and will continue to push the frontier of what’s possible.”

Advanced Camera: High Quality Images No Matter the Time of Day or Location

Galaxy S7 and Galaxy S7 edge introduce the first Dual Pixel camera on a smartphone, delivering brighter and sharper images, even in low light. Thanks to the revolutionary Dual Pixel technology, brighter lens with wider aperture, and bigger pixel, the camera has a faster shutter speed and a more accurate autofocus even in low-light conditions. Motion Panorama, a new camera mode, brings movement to traditional panoramic photos, giving the user a completely immersive visual experience.

The 5.1-inch Galaxy S7 and 5.5-inch Galaxy S7 edge are constructed with 3D glass and metal – all in a sleek design with durability and ergonomic curves for a comfortable grip. From work to play, the device’s new Always-On Display, gives users a simplified, zero touch experience where they don’t need to worry about missing a call or important notification.

Enhanced Performance: From Charging to Gaming

Galaxy S7 and Galaxy S7 edge deliver fast wired and wireless charging technology. Additionally, the hybrid SIM card tray allows users to insert a microSD card for up to 200GB of additional storage and in some select countries, the tray can be used with a dual SIM card.

Samsung continues to push the boundaries of hardware, software and services to create devices that are designed to improve how consumers connect, share, organize and get more out of life. The company is redefining what is possible, beyond the limits of today’s technology, by introducing a constellation of seamless mobile experiences.

Whether it’s the seamless connection between Galaxy S7 and Galaxy S7 edge and the new Gear S2 Classic to monitor fitness, or connecting with Gear VR to “travel” the world – Samsung redefines what’s possible for the mobile experience and beyond.