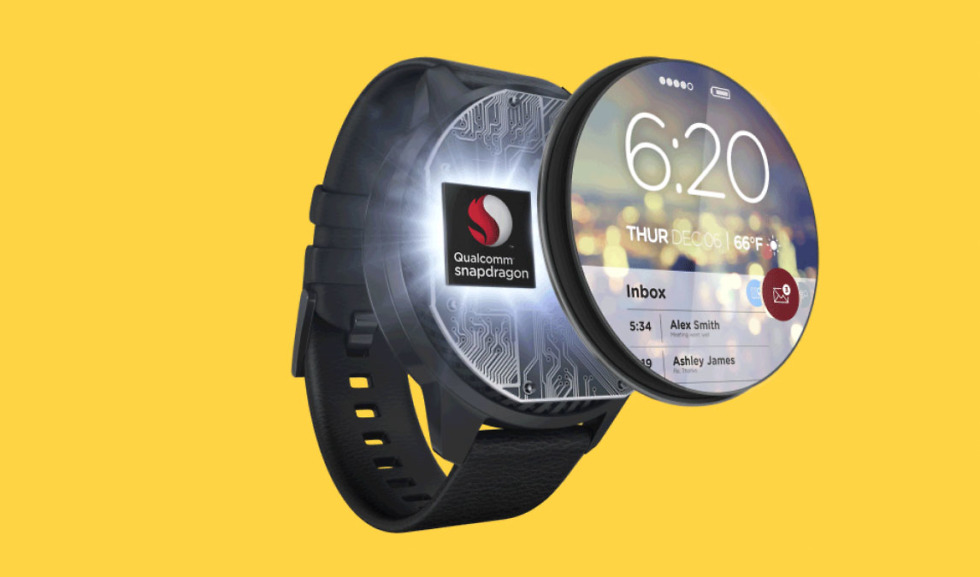 Qualcomm is ready to power the next generation of wearables with their new Snapdragon Wear platform and Snapdragon Wear 2100 chipset. Through a press release this morning, the San Diego based company announced that their new 2100 chipset will help manufacturers release wearables (like smartwatches) with “sleek designs, long battery life, smart sensing, and always-connected experiences.”

The Snapdragon Wear 2100 will arrive in two versions – tethered (Bluetooth and WiFi) and connected (4G LTE and 3G). That means we’ll not only see WiFi-only models, but those powered by wireless radios as well, to give you connectivity without a phone nearby.

As for the stats and improvements, the Wear 2100 is 30% smaller than the Snapdragon 400, which has become the standard wearable chipset for Android Wear devices. The new 2100 uses 25% lower power than the 400, as well, so you should be able to kill a day and then some depending on a watch’s battery capacity. The 2100 will also include smarter sensors and a next-gen LTE modem, plus low power WiFi and Bluetooth.

So far, LG has confirmed plans to use the Snapdragon Wear 2100 in future products “later this year.”