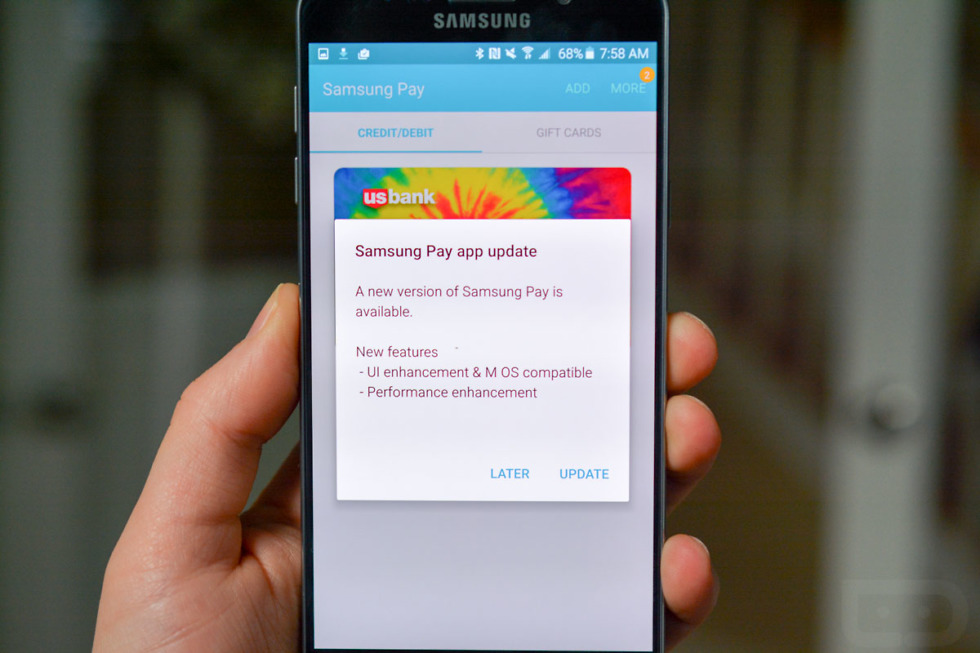 Samsung is pushing a new update to Samsung Pay this morning that gets the mobile payment service ready for incoming device updates to Android 6.0 Marshmallow. The update showed up on my AT&T Galaxy Note 5, which has recently seen a beta test kick off for Android 6.0.

In this latest version, Samsung Pay is jumping up to build v1.6.61. According to the changelog, the update does two things: enhance the UI and performance, and make it “M OS compatible.”

To grab the update on your phone, open the Samsung Pay app. If you aren’t prompted immediately to update, you can head into More>Settings>About Samsung Pay, and update from there. Samsung says that you will need to update by February 16th to “avoid any service interruptions.”

Hopefully, this means that Android 6.0 is arriving momentarily.