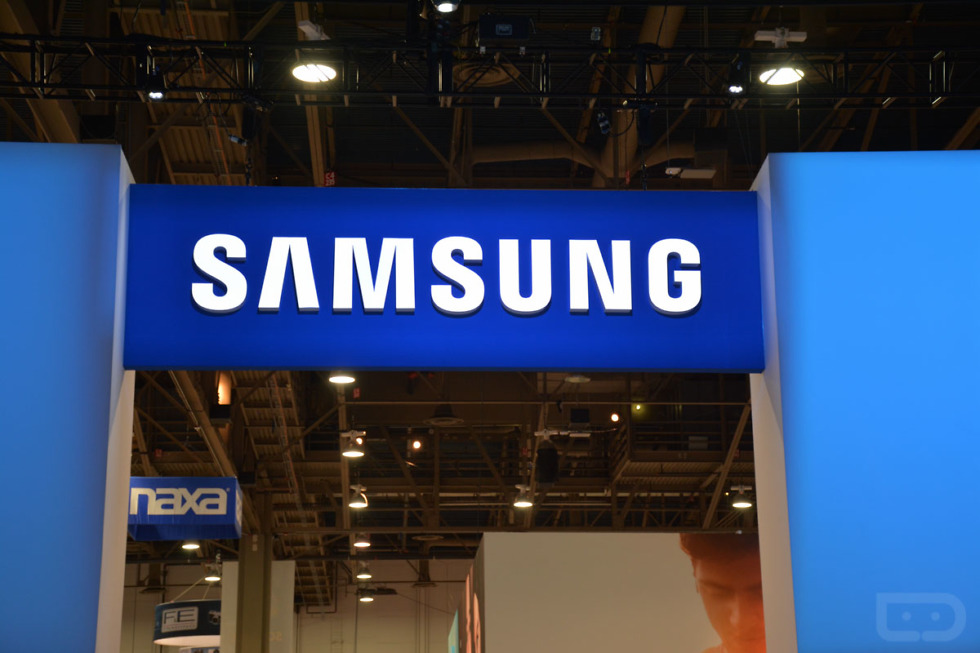 Hi there, pretty pictures. We haven’t yet met, but I do believe you are the yet-to-be-announced Samsung Galaxy S7 and Galaxy S7 Edge?

Leaker @evleaks just posted the image you are seeing below without comment other than a link to an article he had previously written that details Samsung’s new phones. While he isn’t saying it directly, we have to assume that these are press renders of the Galaxy S7 and S7 Edge.

Below, we have what should be the regular Galaxy S7 on the left, followed by the Galaxy S7 Edge on the right. Yes, they are different sizes. At one point, we were operating under rumors that there may be three phones: the regular S7, an S7 Edge the size of the regular S6, and then a bigger S7 Edge+. Within the last week, those rumors cooled and we are now expecting just two phones called the Galaxy S7 and Galaxy S7 Edge. Make sense?

So what are we seeing? It should be obvious that the overall design language here is almost identical to last year’s S6 and S6 Edge+. The only real differences standing out to me at the moment, are potentially slightly less bezel in the new models, a bigger front facing camera, and a more rectangular home button. The color also appears to be black, rather than the deep blue we saw last year.

We should also point out that the date of Sunday, February 21 is on the lock screen of both. That’s significant because that is press day at MWC, where we expect Samsung to unveil each. 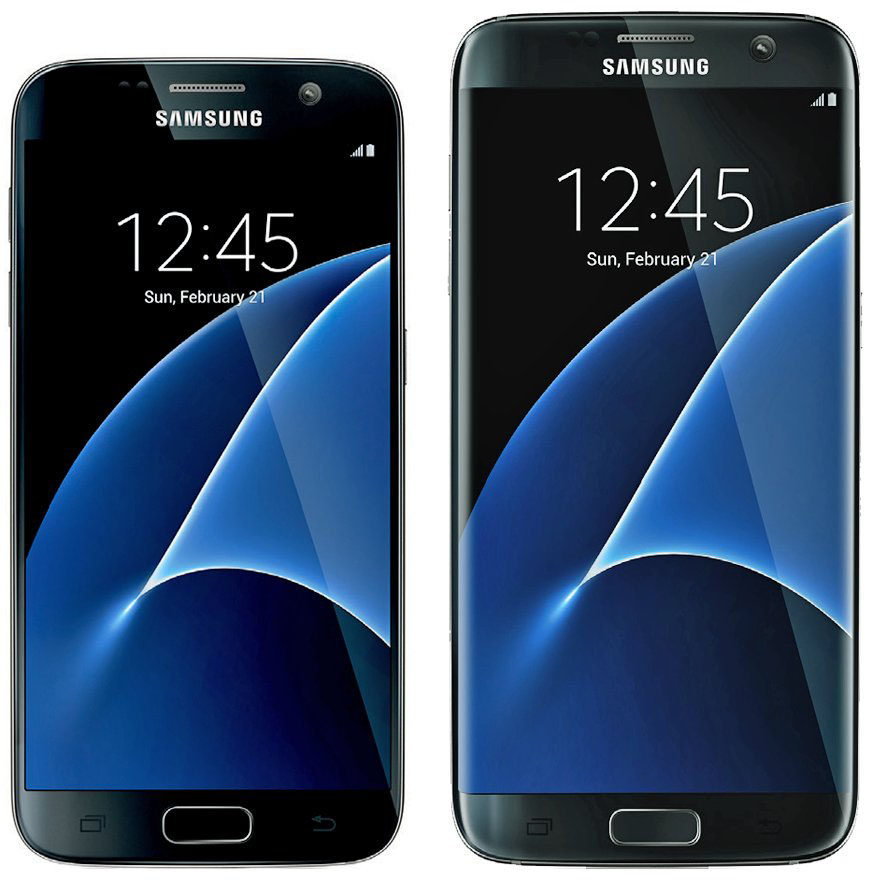 This isn’t to scale, but here is a comparison of the Galaxy S6 and Galaxy S6 Edge+ to these renders from @evleaks. S6 on the left and S7 on the right.

UPDATE:  Evan posted another new image over at VentureBeat, which we’ve included below. 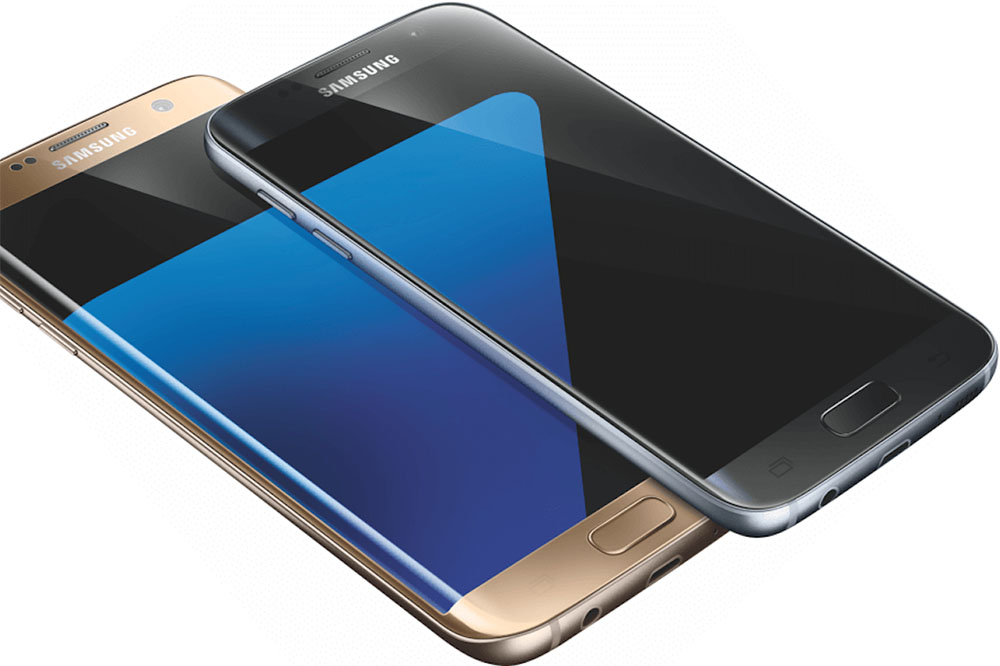 UPDATE 2:  We now have pictures of their backsides.