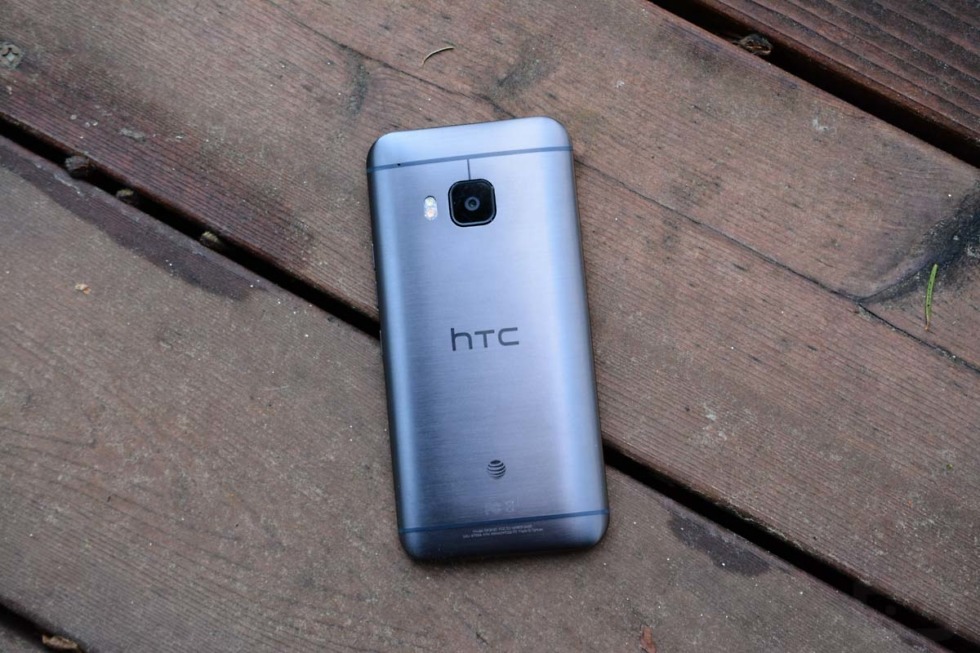 In early August, when Stagefright had many Android owners worried about malicious MMS messages, Google, Samsung, and LG announced fast tracked security updates that would roll out monthly for device owners. With the announcement of these updates, Samsung and LG both stated that thanks to help from carriers and partners, device owners would be able to receive the security updates in a timely manner. The only reason stating that is important is because we all know the damper effect carriers have on OTA updates for Android.

Over the weekend, HTC America’s president, Jason Mackenzie, was asked if his company would also be providing monthly security updates for device owners. On Twitter, Mackenzie stated that commitment such as that, “is not realistic.”

He continued that in order to push an update, “you have to get carrier approval.” Naturally, the original tweeter brought up Samsung and LG’s priorly announced commitment, with Mackenzie replying, “Let’s see. HTC is leading in terms of transparency on updates and providing them. And we will continue to improve.”

Mackenzie is correct in stating that you need carrier approval to push updates, but that does not take away from the fact that Samsung and LG have committed to this exact thing. While it seems LG and Samsung were able to work with carriers to make this happen for owners, HTC seems reluctant to do so.

From our position, we don’t know what goes into the talks between carriers and OEMs, and how much of a pain it might be to fast track monthly updates. It could be HTC does not have the resources for a move like this, but it is a downer for HTC device owners.

Are monthly security updates a deal breaker for you? 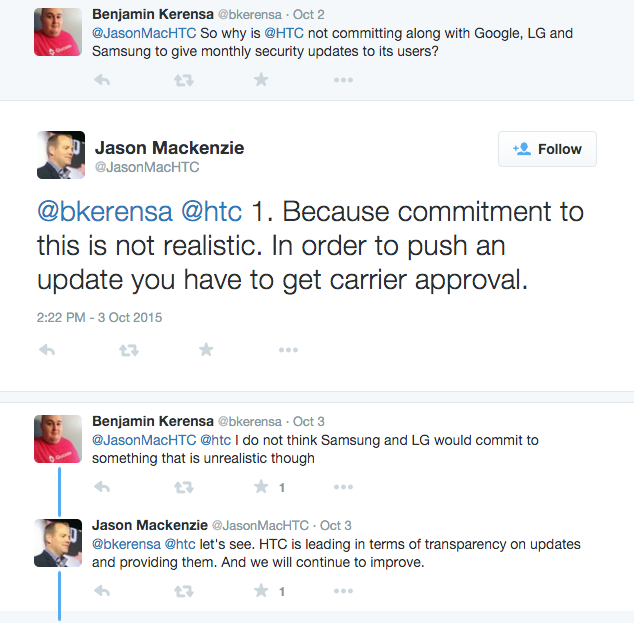